10 Countries That Rank Highest In A Dangerous Category 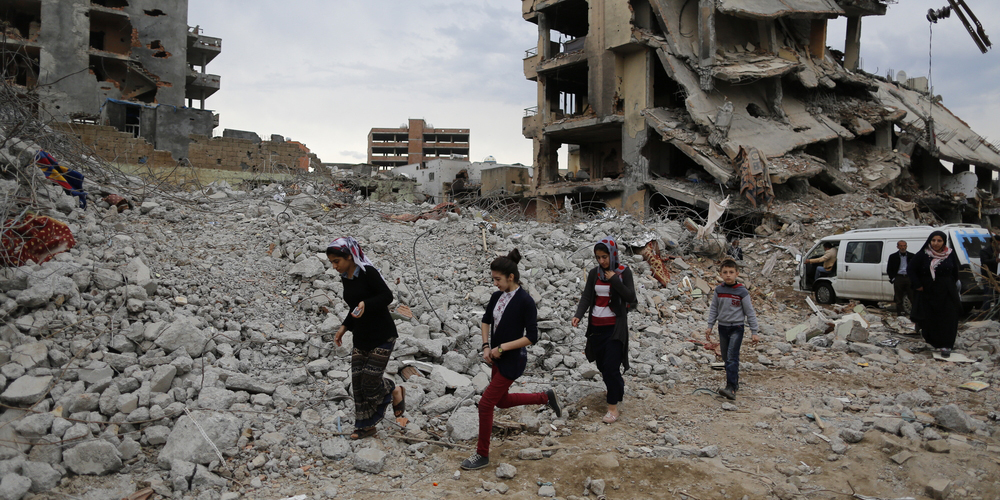 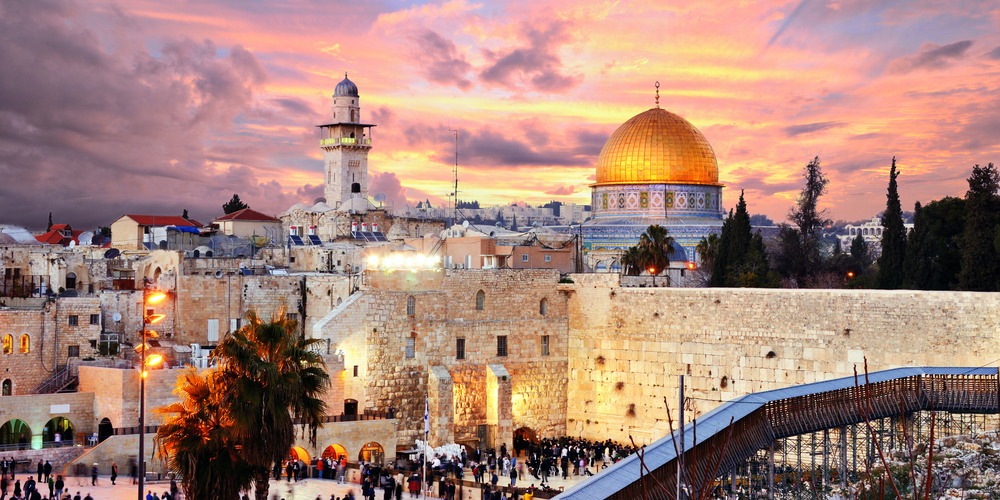 The most comprehensive statistics on burglary rates across the globe are a bit inconsistent because they demand the participation of data tracking and publication by each country. With that being said, OSHA’s most recent crime and safety report on Israel for 2016 acknowledges these issues.

In regards to home break-ins, these issues are reported as especially prevalent in wealthy neighborhoods and even the US embassy. These types of crimes are reported as taking place with the hopes of avoiding confrontation. Just slipping in and taking the accessible valuables. If you are worried about being burgled, Israel may seem far too dangerous with a burglary rate of 1,844.5 per every 100,00 people. 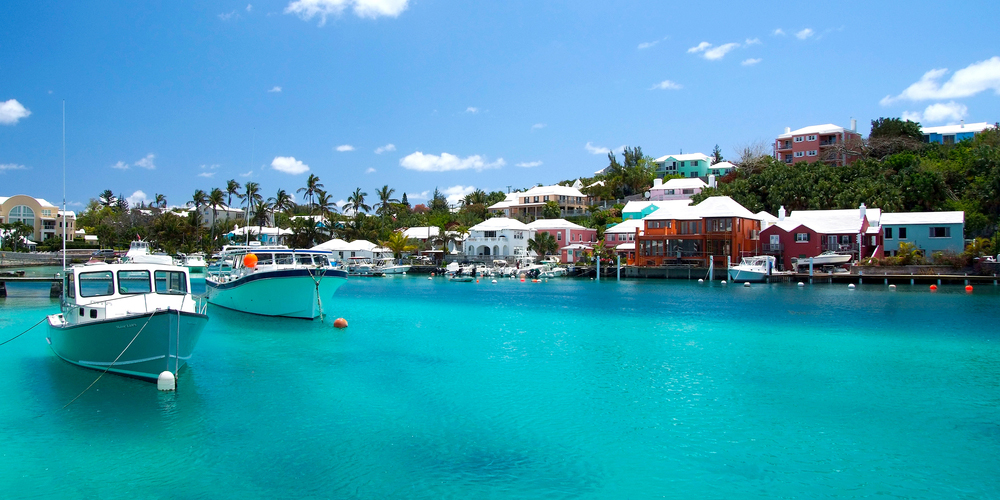 For how small of a country as Bermuda is, their rate of motor vehicle theft is exceedingly high. Their most recent reported theft numbers to the UNODC have a published theft rate of 1,140.6 per 100,00 people. They have not been actively reporting these numbers, but when compared to the most recent figures for other countries, Bermuda’s current motor vehicle theft rate, as well as their historic rate, is significantly higher than that of most countries.

When compared to a country with a little less than twice as many people, like St. Vincent and the Grenadines (car theft rate of 40.2 per 100,000), we still see that Bermuda has a tremendous issue. So when it comes to travel security in Bermuda or even the dangers of living there, you have more to worry about than just the triangle making your transportation disappear. 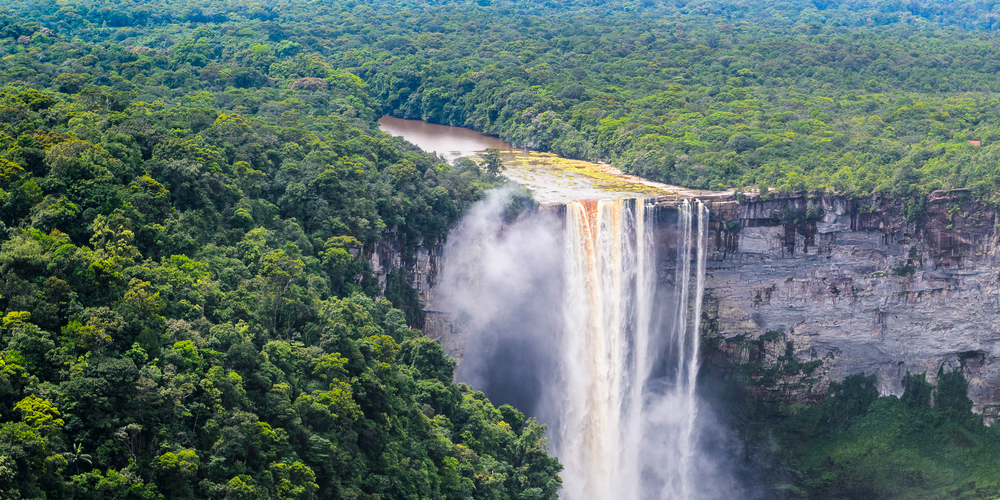 It is often said that human beings are their own worst enemy. And it is true that sometimes the dangers in life come from the thoughts in our own heads. The most dangerous place in the world when it comes to the threat of successful suicide is the South American country of Guyana. Those looking into the issues of mental health in Guyana claim that this epidemic has simply fallen by the wayside of a country with far too many other pressing issues.

The danger of this suicide epidemic is said to stem from the belief that mental illness comes as the result of witchcraft and magic. Couple the factor of not understanding the danger with the crippling poverty and rampant alcoholism, and you have an extremely volatile combination. In this country, the worry is not that drinking will lead to calling a locksmith. The threat is to your life. Guyana’s suicide rate is a whopping 44.2 per 100,000. That is extraordinarily high when compared to South Korea (28.9 per 100,000), who is ranked number 2. 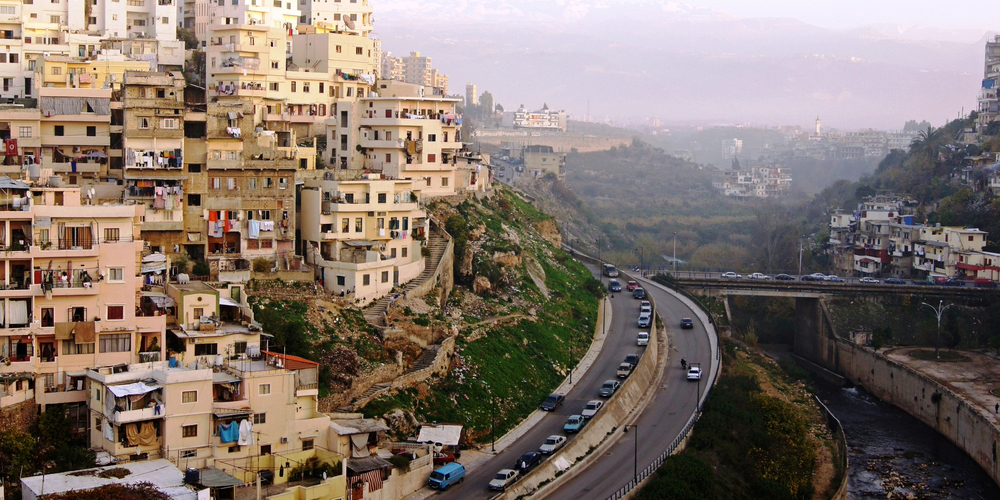 In a breakdown of the UN’s data on kidnapping throughout the world, it was determined that not only is this an issue in Lebanon. It is almost twice as prevalent in Lebanon than it is in the next country on the list. In Lebanon, there is an 18.4 per 100,000 rate of kidnapping. That is to say that 19 out of 100,000 people are kidnapped. Being held against your will is extremely dangerous. You may find that you are handcuffed and threatened, or subjected to any manner of atrocity.

This is not just an issue for those that live in the country. This type of danger is posed to those visiting as well. The UK’s official page of foreign travel to Lebanon states, “The Lebanese authorities have warned that foreigners, including westerners could be targeted by kidnappers and other militant groups”. It is so dangerous, that even the government of the country has had to warn those thinking of visiting Lebanon. 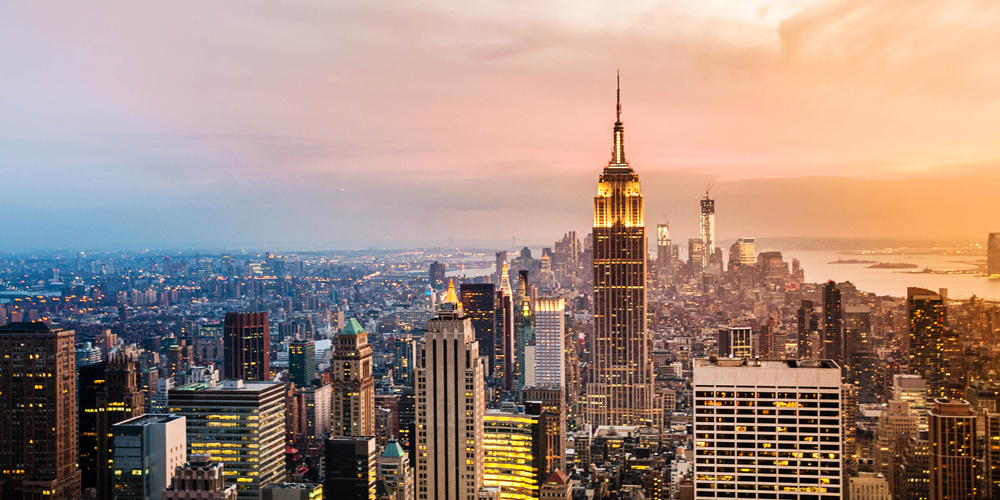 When it comes to the dangers of lone wolf killers, the United States of America takes the ranking of number one. The overall production of serial killers in the USA is 2,743. The disparity between the number of killers between positions one and two is immense. England comes in at number two with only 145 serial killers ever produced. This danger seems to be one that is quite specific to the US.

Although the number of serial killers has greatly diminished over the years (largely believed to be due to upgrades in crime solving technology), there has been a spike in mass shootings. CNN reports that “While the United States has 5% of the world’s population, it had 31% of all public mass shootings”. When it comes to the dangers of one person attempting to kill as many people as they can while acting without the aid of an organization, and most often as the result of mental illness, the USA is the most dangerous place. 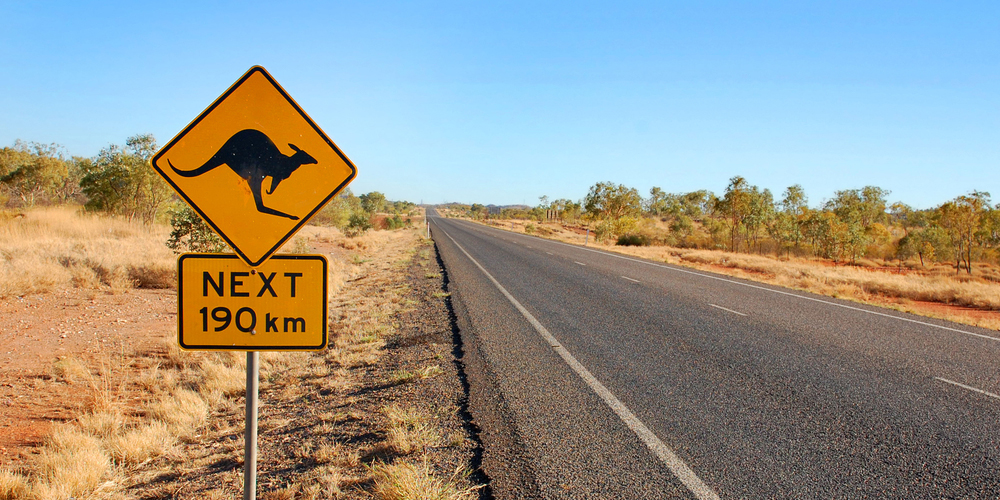 21 of the 25 most poisonous snakes all live in Australia. In fact, a great many of the most dangerous animals known to man all live on the island, continent, and country of Australia. The dangers of the Australian animal kingdom range in all manner of size, species, and even environment. In the water, there are box jellyfish, which are known for their deadly sting. There are also Irukandji jellyfish, which are classified as not only the most venomous jellyfish but also the most venomous creature on the planet. When it comes to sharks, sure there are great whites in the oceans of Australia but there is also the even more dangerous and likely to attack, bull sharks. There are even simple fish and octopus that are dangerous enough to kill you.

On land, while you are avoiding the snakes, you would also do well to look out for the many spiders that have the potential to kill you. The dangers of insects extend to ants, giant centipedes, and even ticks. For more information on the dangerous creatures that fill this land, the Australian Museum in Sydney has ranked the most deadly animals on a scale of 1 to 10 (nothing under a 5 is included) and this danger is not just an issue for human beings. All of these dangerous animals affect the safety of your pets as well. A curious family pet can end up injured or worse if they are not protected properly. 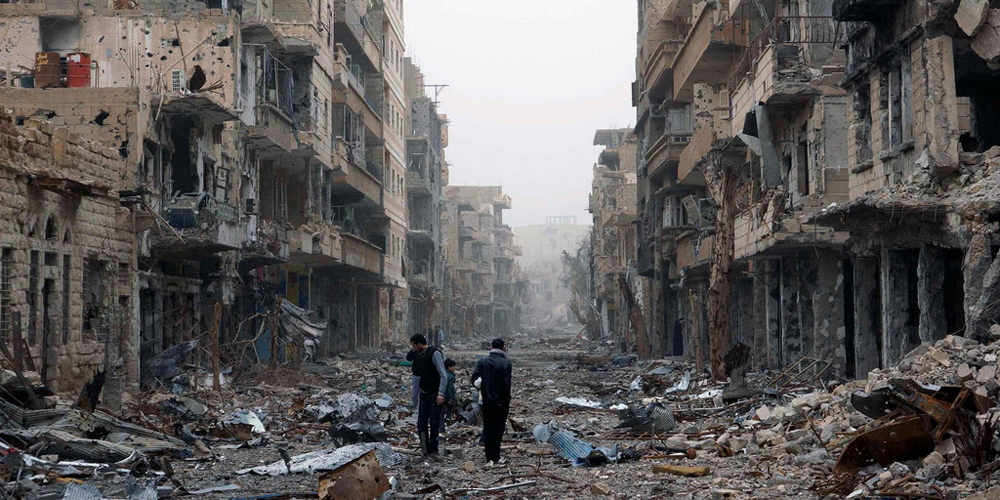 Not all mass attacks come from the mind of the individual that carries it out. Some are planned by organizations and extremist leaders and delegated to others. These acts serve to terrorize. And when it comes to the dangers of terrorism, there is no country effected with a higher rate than Iraq. Within the country of Iraq, the global terrorism ranking of 10, which is the highest score currently given.

The most dangerous active war zone that currently exists on this planet resides in the borders of Syria. The conflict has even left cities declared as some of the most unlivable in the world. Between the years of 2013 and 2014, the death toll has risen by over 28%. This is on top of the fact that the number of those killed in the Syrian war are already at the top of the charts.

With around 80,000 people dying a year, this country is certainly one of the most dangerous places in the world. Whether you are a journalist, a tourist, a politician, or a resident, the threat of danger is never very far away in this war zone. Though the numbers of those dead vary depending on who is reporting, the death toll is well into the hundreds of thousands. 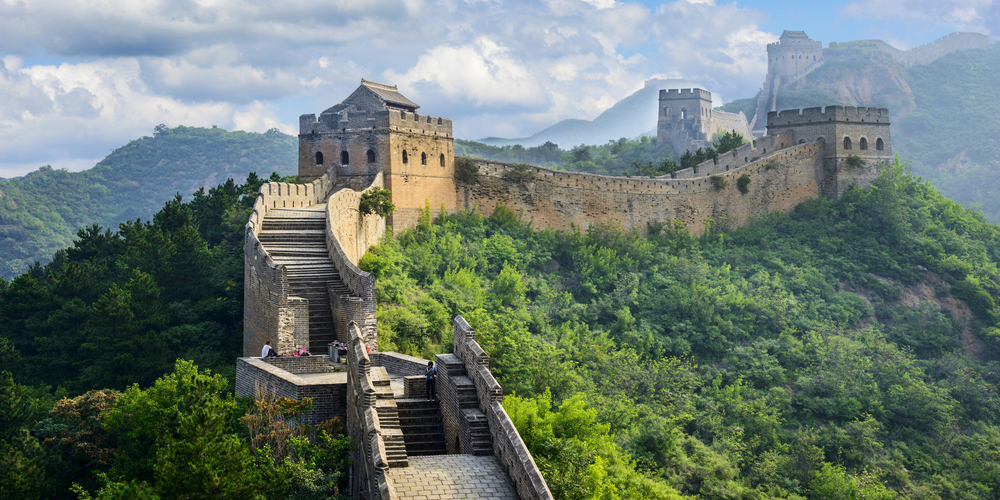 In 2014 alone, the continent of Asia was affected by almost half of all the natural disasters that happened in the world. The country to face most of the fallout was China. This issue is further compounded in danger by the fact that most of the population is not adequately protected against these natural threats. From the start of 2016 just until July, 1,074 people were killed and 270 were declared missing.

This is mainly an issue of population. Because this mortality rate is based on risk factors that are a direct result of population, it is unfair to take the data on a per capita basis. But even without the large annual death toll averages in China for natural disasters, they still are struck with a severe number of disasters. If you are worried about the likelihood of falling victim to the dangers of a natural disaster, China is not the place for you. 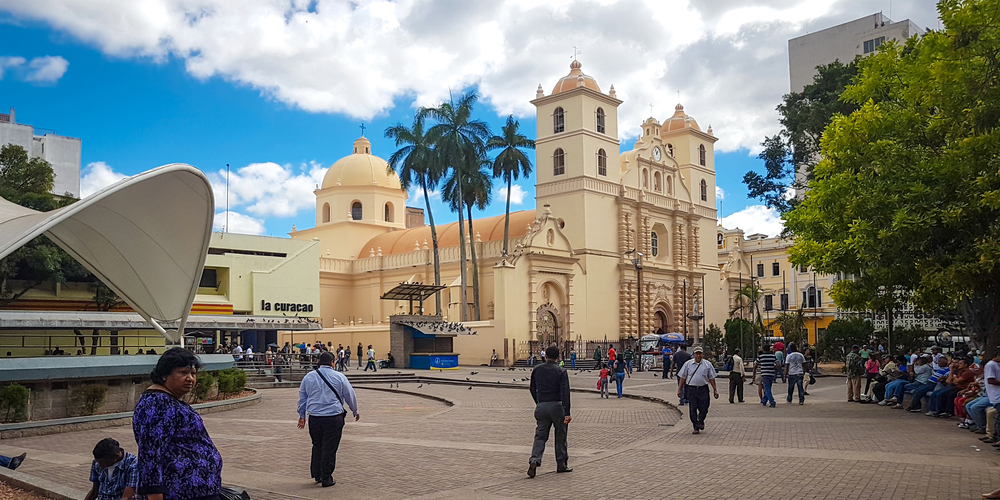 Though it may be true that Caracas, Venezuela has the highest murder rate out of any city, their nation numbers are significantly lower (ranked 3rd after El Salvador) than Honduras. The most recent global murder rates have reported 74.6 homicides per 100,000 people in Honduras for the year of 2014. (These numbers take a while to be processed by the UN).

Believe it or not, this number represents a continuing drop in murders over the past few years, and whereas most things on this list will put someone in danger of death. This is literally the chance of being murdered. Where a shooter or a terrorist may only injure you or a poisonous animal may put you in the hospital, there is nothing more final than murder. It does not get more dangerous than death.

Always be aware of the specific dangers that exist in your environment. And remember, nowhere is ever completely safe. The way you live your life will always increase or decrease how much risk you are exposed to. The best way to stay protected is to care about your security. Stay informed and stay protected. As long as you know the dangers you are exposed to, you have the upper hand in staying safe.