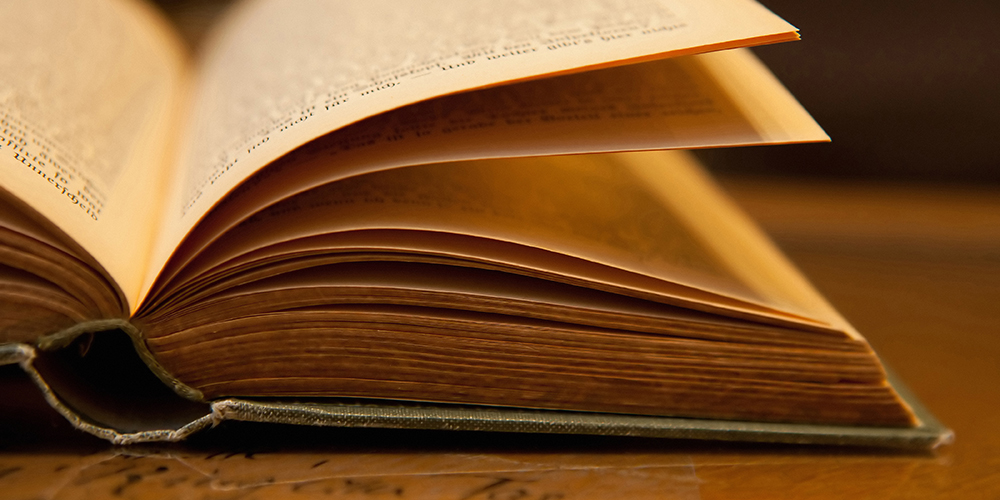 What is this article about? This is a list of historical figures varying on the gradient of worldly importance, and how their names relate to security. These are people that have parts of their name that are commonly associated with safety. Names seem to decide some part of who we are. Did these names impact the accomplishments of the men they belong to? What is the name’s connection to their life (however tenuous)? Perhaps the content will make you contemplate the meaning of meaning itself. You may ask, what has my name done to my life? What is the nature of a name? Why was this written? Why are they in this order? What is order? These deep existential questions are sure to haunt you for the rest of your natural life as a direct result of this piece. Try to enjoy it. If you can’t, the next article is free! 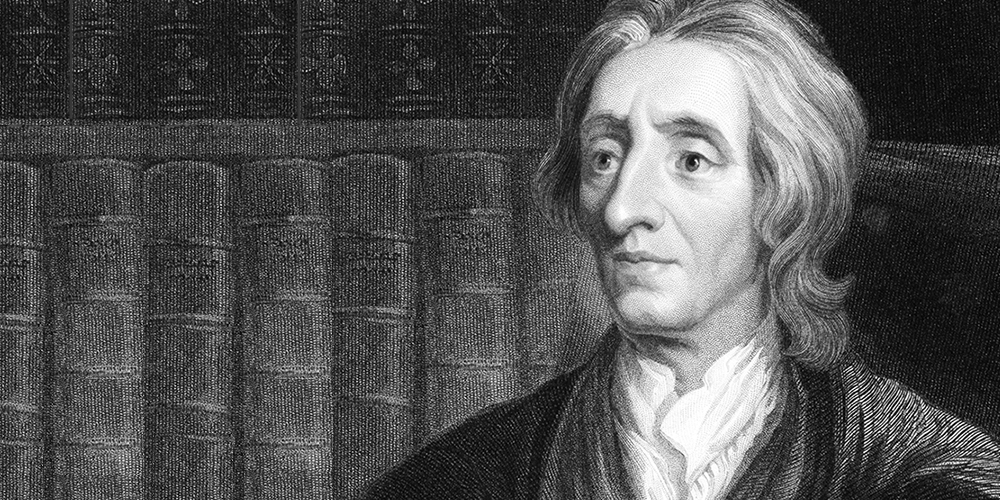 This English philosopher has created the generally accepted definition of self. The very thing that we are bound to is proposed by Locke to be blank. What we are, comes into existence by the knowledge we gain through living. Experience is what binds us to ourselves. The lock that closes around individual identity, does so, only with the guidance of external factors. He believed in the social contract, which would serve as yet another externally fastened lock around the nature of humanity. The security that Locke believed in was that which we make from ourselves. He also was a strong believer in divine authority, and that God’s rule overruled the laws of man. Divinity being the only key to the locks that should be made to hold us in place. The protection from ourselves. The locks of Locke. 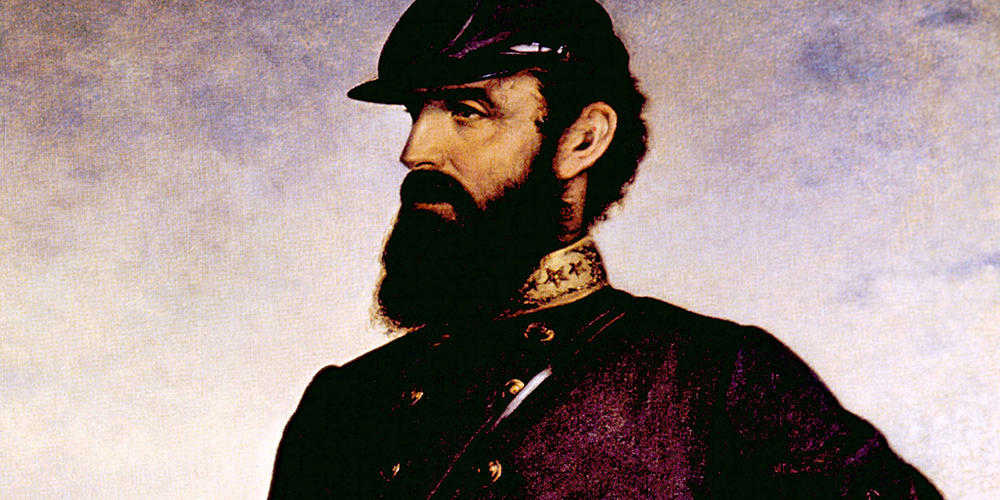 Thomas Jonathan “Stonewall” Jackson was a Confederate general during the American Civil War (or The War of Northern Aggression, depending on where you live in the Country). What that means is he fought on the losing side. You won’t see this post taking a stance on the war, but we will take a stance on Jackson’s name. He was given the name Stonewall because of his stoicism in the face of battle. In terms of the security that he offered the troops that fought under him, he is said to have been a brilliant tactician. But before the war was lost, Stonewall lost his life. The military strategist was shot by a scout from his own regiment, accidentally. He lost his arm, and then died of surgical complications about a week later. Stonewall had also built quite the barrier between himself and his sister because of his allegiance to the rebels. Upon hearing of his death, she said she “would rather know that he was dead than to have him a leader in the rebel army.” Perhaps the security of his stony persona kept him safe from fear and from love. 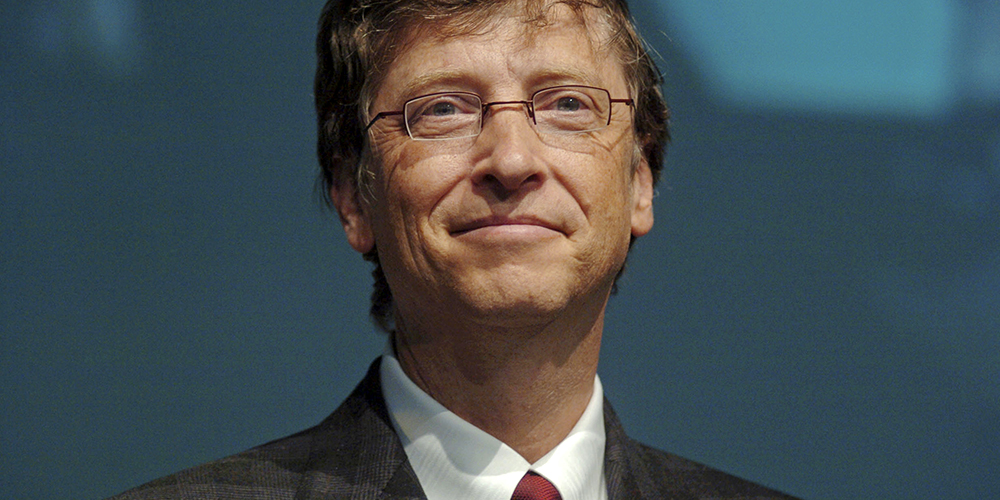 By 32, Mr. Gates has achieved enough to have his name in history books. His products do their jobs the best they can, similar to a gate. A gate is only as secure as what you add to it. A gate alone will only do so much. But this is not an “I’m a Mac, and I’m a PC” commercial. This is not going to be me telling you that window’s eight was my idea (I understand that the numeric nature of that title could have come to separate individuals independent of conceptual thievery, so I will be dropping my lawsuit). This is about how Bill Gates embodies gate security. Technology is a sign of wealth. It builds a fence between the classes. The low cost of Mr. Gate’s products, combined with his various charity contributions, opens that barrier. The wall is not gone, but there is an opening. He is the gatekeeper. 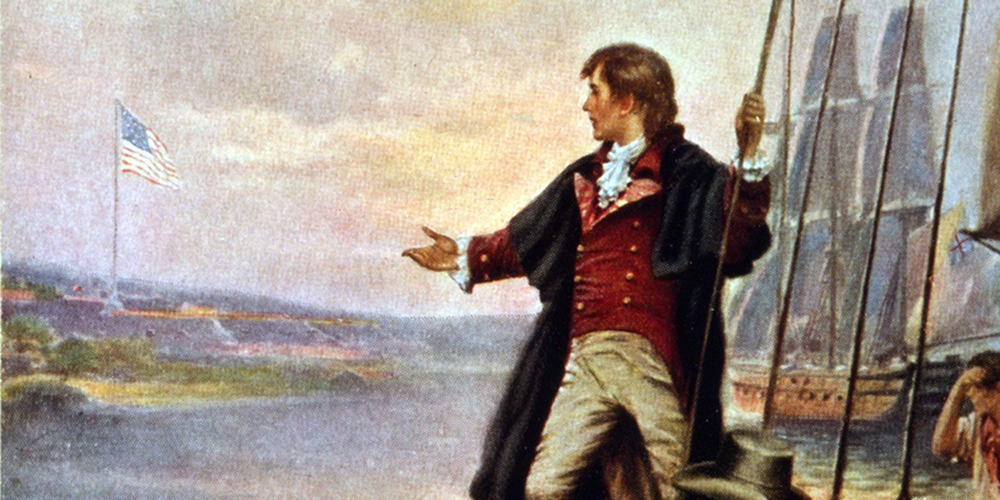 Key is the lyricist responsible for the United States’ national anthem. And the Star Spangled Banner is still the cultural trough line of American culture. Before sporting events, and most live performances, it is used to honor the country’s history. The song opens the proceedings and festivities much like a key itself. Previous to it being a set of lyrics, the work was a poem. And contrary to popular belief it was not about the revolutionary war. The events being described took place during The War of 1812. A day-long assault on Fort McHenry proved fruitless for British troops, and the hymn of the nation was born. The story of a fort so secure that it could not be penetrated made the American identity seem safe. The key to that safety are Mr. Key’s words. 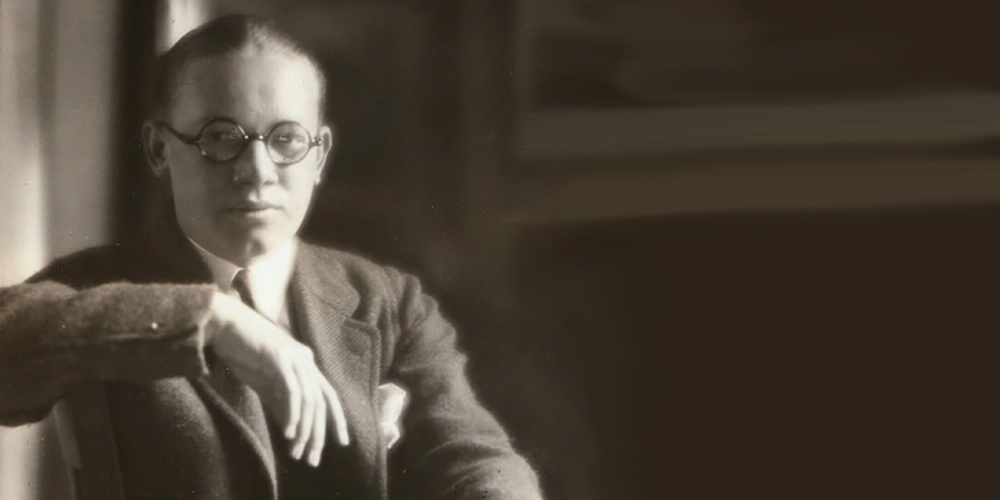 You might not know the name, but you most certainly know his work. Garrett Elsden Fort was a screenwriter from the silent era of film into the inception of the talkies (movies with sound). His most notable scripts include The Mark of Zorro, Dracula, and Frankenstein. His modern retellings of these characters defined the childhoods of a generation. His Frankenstein moved Mary Shelley’s gothic creation into the top tier of the Universal monsters and confused countless people about if it was Frankenstein or Frankenstein’s Monster. His Dracula made the vampire a mainstay in pop culture. And The Mark of Zorro was the last movie Bruce Wayne ever saw with his parents. Though he died penniless in a hotel room, his position is fortified as historically impactful. 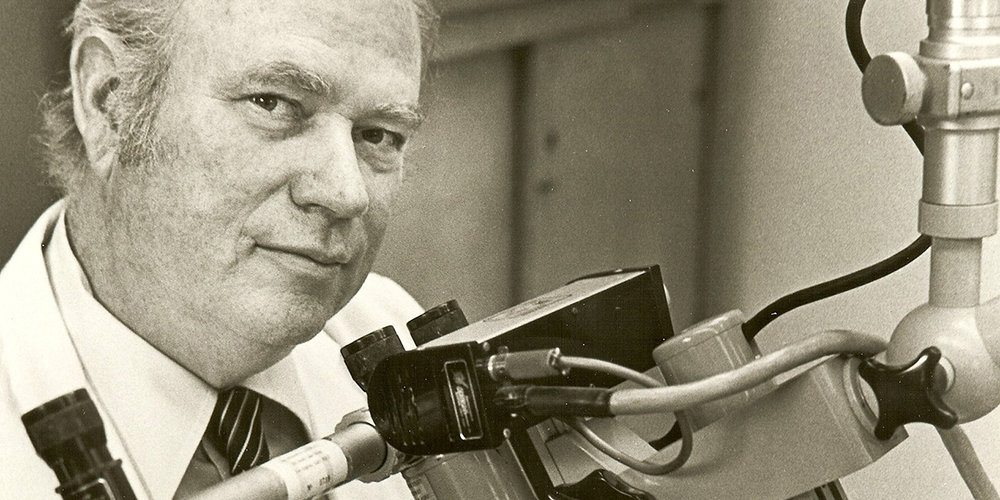 William Fouts House is the inventor the cochlear implant. His device mechanically replaces the damaged parts of nonfunctioning ears. He is credited as the first person to restore the sense of hearing, and also the first to restore any one of the 5 senses. But before his success, he was criticized and slandered as a liar and/or a fool. During the device’s’ development, members of the medical community claimed that it was a cruel lie to give to those that wanted to hear. And the science was dismissed as impossible. House did not give up. He took shelter in knowledge and purpose, continuing until his vision was realized. His invention eventually allowed Alan B. Shepard (the first man to go into space) to regain his hearing. With the cochlear implant, Shepard was able to return to space and became the fifth man to walk on the moon. This House’s foundation is secure on our list. 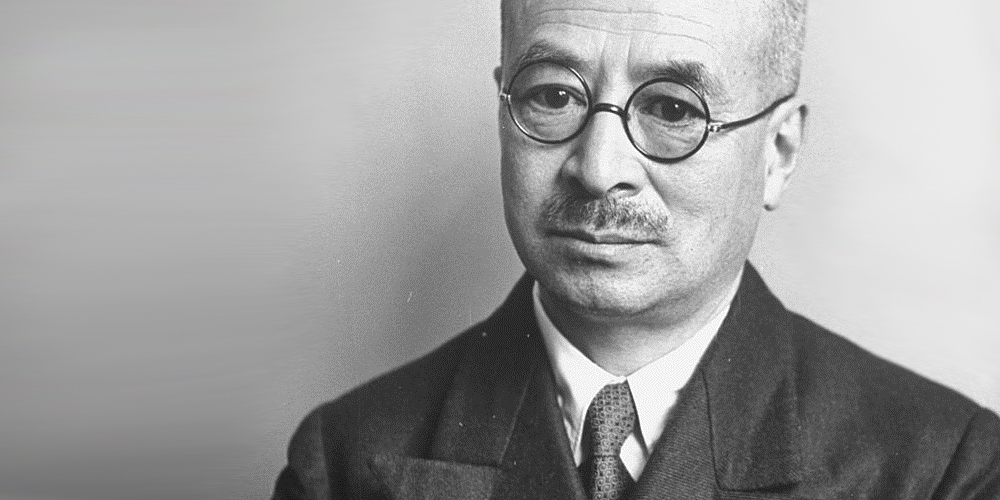 Kido is Japanese for tree door, wooden door, or castle door. A very sturdy name indeed. During the Second World War, Kōichi Kido was Emperor Showa’s (aka Hirohito) most trusted advisor. He assisted in ending the war and help re-achieve global security. Kido is credited as the principal voice in pushing for Japan’s surrender to the Allied forces. As a result for his assistance in ending the war, he, along with others, were targeted by a military coup d’état. His actions while in this position (other than assisting in the surrender) eventually landed him behind a prison door, with a life sentence. But no matter how strong the door is, doors are meant to open. In 1955, that is just what happened. And Kido was paroled due to his failing health. He lived another 22 years as a free man, dying at the age of 87. He opened the door that had been closed to peace. The door was guarded, but still it opened. Providing more safety ajar than it ever did shut. 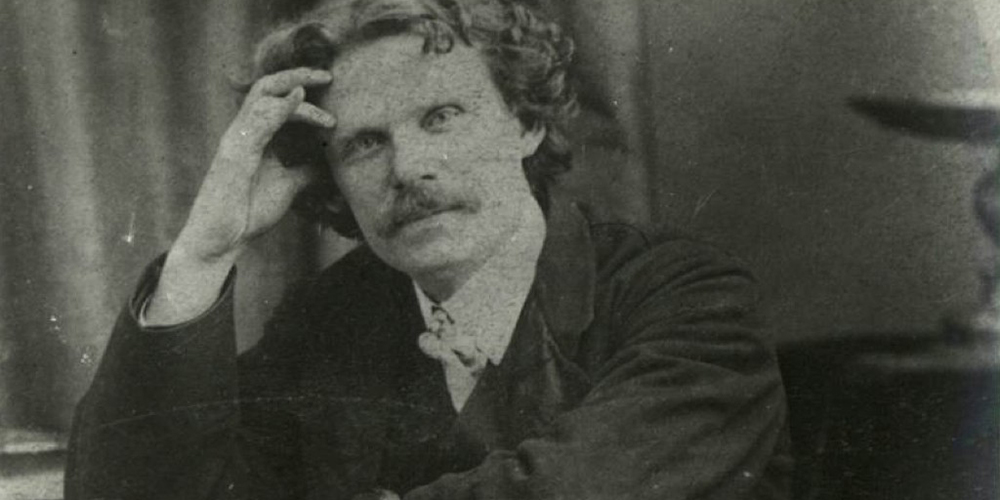 Daniel Dunglas Home is one of the most acclaimed Physical Mediums of all time. His alleged powers included speaking with the dead, creating loud noises in a house, and levitation. During the 19th century, he accumulated a very prestigious reputation for himself. He was never debunked. Though Harry Houdini, who was known for exposing claimed mediums, did claim that the tricks could be recreated. Houdini canceled his own showcase that would have disproven Home, and the mystery remains. And in Home’s more than 1500 performances, he never failed to deliver. He was popular with many prominent figures of the time including, Mark Twain, Tolstoy, the Empress Eugenie and her Husband Napoleon III, and others. Although pronounced “Hume” he has found a home here on this list. And if you hear a rapping somewhere in your house, perhaps it is the work of Daniel Dunglas Home, now a spirit himself. 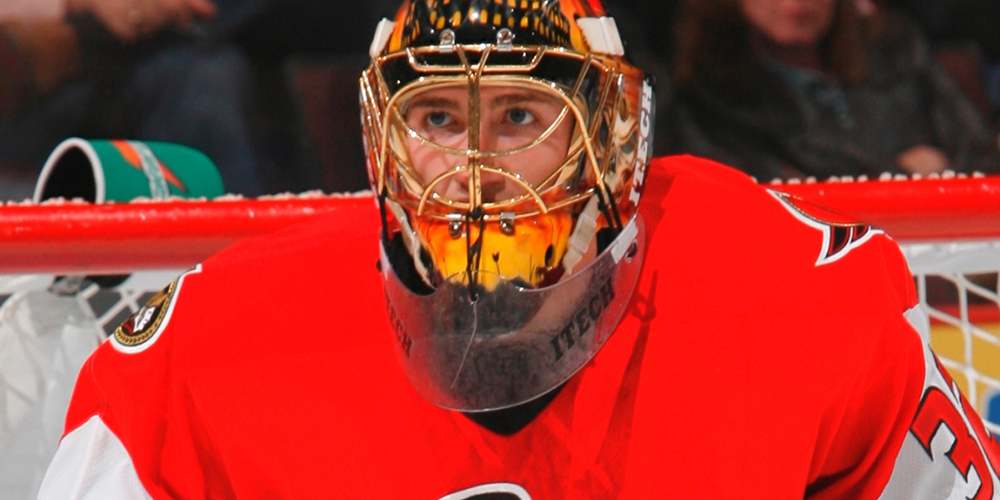 Though a modern man, Kelly Guard’s surname defined his role and profession like the Thatchers of olde. Guard was a professional ice hockey player, and yes, he was a goalie. He guarded well during his time in the junior league, and it earned him a four-year professional career, beginning in 2004. He was able to sign his pro contract without entering the draft and continued this trend by becoming a free agent. After Guard sustained a groin injury in 2008, his time in the game ended amicably with a mutual termination of his current contract. Guard has lived up to his name, guarding the goal, his career, and his physical well-being. 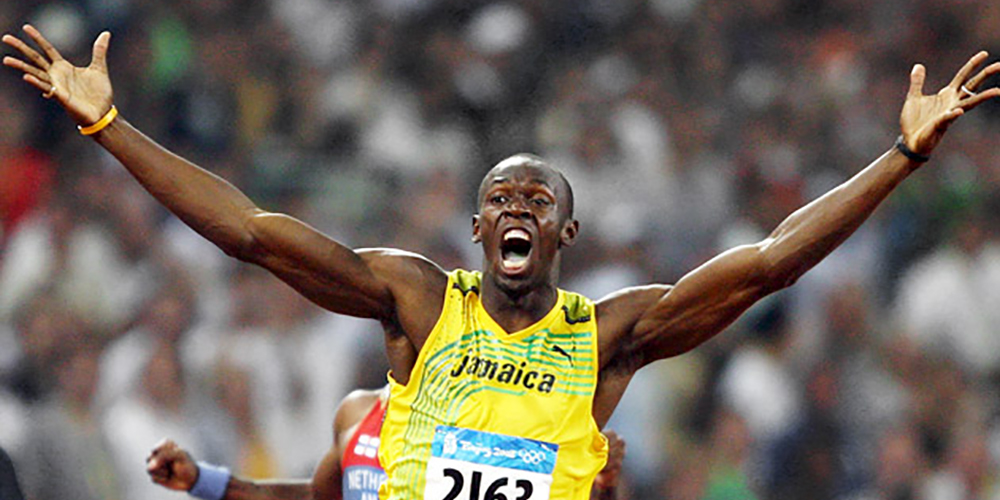 The Jamaican Sprinter, born Usain St. Leo Bolt, was affectionately dubbed “Lightning Bolt” after becoming the fastest man alive. Sure, that is an easy connection to make, but his name is more than just a natural phenomena. Bolts have been keeping our homes secure for centuries. Bolt has also secured himself a place in the history books with his record-breaking time in the 200-meter (19.19 seconds) and 100-meter sprint (9.58 seconds). Not only has he become the fastest man alive, he is also the fastest man that has ever lived. The latch has been thrown, and Bolt will surely rest safely in the annals of history.

Well, I enjoyed that. What’s that? Oh, I am glad that you enjoyed it as well. We have learned so much in this post. We learned about history, movies, sports, and we all know one more Japanese word. There is some interesting thematic resonance between achievement and sturdy names. And some great information about philosophy. What more could you ask for? Well yes, you can ask for quite a bit, but nobody likes needy people. Surely you can gather some tips about personal and home security from these words. The information is in there someplace. I am not going to decode it all. Again, nobody likes needy people. I believe in you. You are so smart. But enough about you. The facts are only meant to be used for educational purposes. I know this is what you always wanted to know. And it exists now. You are welcome world!

* All historical facts are owned in full by the truth of history.