Are Motion Sensors A Good Investment? 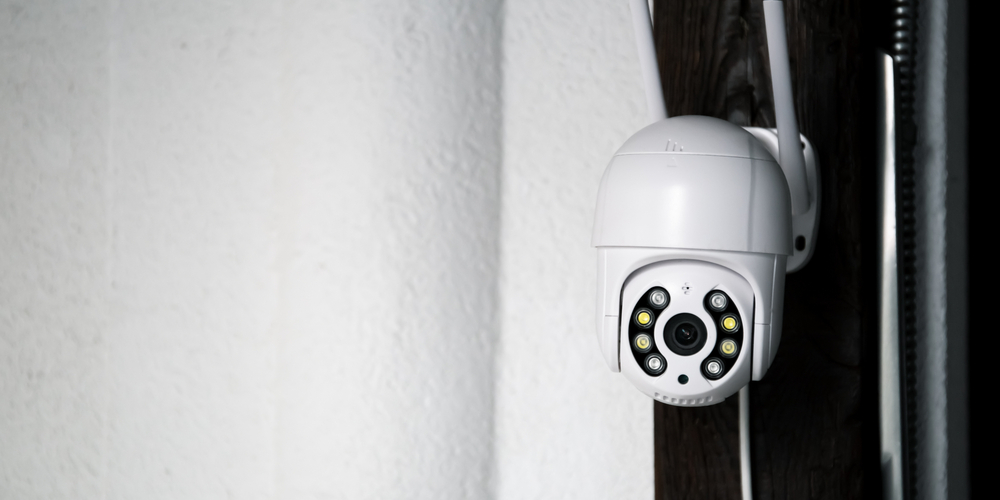 If only you had eyes on the back of your head. Or on the inside of your house. Or something.

It would be great if you could immediately see if something suspicious was going on inside your home while you were away. Then you could know if a burglary was taking place.

But what are you supposed to do? Install some kind of futuristic mechanical eyes inside your house?

Well, yes. Motion sensors can tell you whether or not something in your home is moving and signal an alarm, sending the burglars running or the police coming. But are they worth it? How do motion sensors work?

Here’s everything you need to know about motion sensors.

How Do Motion Sensors Work?

Motion sensors are clever devices, being able to “see” things in front of them usually without having a camera. You can use them to continuously monitor your home. But how do motion sensors work? And what kind of history is behind them?

A few decades later, after World War I, everyone independently decided that it would be great if they could see enemy submarines and planes and other vehicles before they attacked, so they all secretly and individually developed this radar technology just in time for World War II.

In the ’40s, Samuel Bagno tried doing the same thing, but with ultrasonic sounds instead of the radio waves that radar uses. He used sound waves in a similar way that a bat uses echolocation: the sound waves bounce around a room and return to a detector, and if the pattern in the bounced sound waves changes, it means something moved.

After the ultrasonic sensor was invented, people started trying out different techniques for motion detection.

Another common type is microwave motion sensors. These work by emitting microwaves that reflect off surfaces. When this reflection changes, a surface has changed, which implies movement.

Ultrasonic motion sensors are still used occasionally, but these emit sounds in a frequency that most pets can hear, so they’re not a great idea. They work like microwave sensors but with sound rather than microwaves.

Many motion sensors are hybrids and use two of the above technologies to get accurate detection and cover more situations.

Passive Infrared, or PIR sensors, are probably the most common type of motion sensor. They’re more energy-efficient than the other types, so they’re more practical.

They’re called “passive” security sensors because they’re one of the only motion sensor types that don’t emit something, whether that’s sound waves, microwaves, or something else. Instead, they can “read” infrared signals emitted from their surroundings and use that to detect motion.

Everything is constantly emitting infrared radiation. The only way to get something to emit no infrared radiation is to remove all of the heat from it and render it at absolute zero temperatures, which is something that scientists are still unable to do and would also kill any burglars.

PIR sensors are great because they don’t emit sounds that pets can hear. They also aren’t vulnerable to electronics triggering false alarms like microwave sensors are. They can also be adjusted to go off only with large amounts of body heat, like on a human, or with any changes in heat, like when a small animal walks through.

They have some problems, though. When placed near a heat source that can change the temperature of other objects, such as an HVAC vent, they can set off false alarms. This mistake is one of the most common problems with PIR sensors. They apparently can’t tell a person apart from an air conditioner.

Microwave sensors use many of the same principles as the original ultrasonic sensors but more effectively. They can see through walls, which isn’t always great if there’s a lot of activity outside of a monitored room.

Now take sound waves, and apply the same principle to microwaves. The sensor knows how something moved purely through how the microwaves were moved before getting reflected back to the sensor.

Microwave sensors can detect through walls, giving a much larger scope of detection. They’re also not affected by heat changes like PIR sensors.

Going through walls can be a problem. If they’re close to the outdoors, they sense things that are not inside the room and go off. As a result, they’re usually only used outdoors.

Ultrasonic sensors are the earliest type of motion sensor and have been outpaced by other technology. They’re still practical for some applications, though.

Ultrasonic sensors work through what’s essentially echolocation. They emit sounds that are too high-pitched for humans to hear so that you don’t annoy everyone when you activate them. They then measure how these sound waves bounce around the environment.

If there’s an alteration in the pattern of sound waves, that means that a movement occurred, which sounds the alarm when the sensor is armed.

Ultrasonic sensors work best with uneven surfaces and bodies of water. They give precise measurements and are usually only used in science labs and robots, not as a means to protect your house from burglars.

Because they’re emitting a constant sound, they need continuous energy. They’re also usually well within the range of both a dog and cat’s hearing, as well as guinea pigs and mice, making them really annoying to these animals.

Other Types Of Sensors

There are a few other ways to sense motion, even if they’re less common.

Tomographic motion sensors use radio waves, which are really similar to microwaves. (Which is pretty surprising. The songs my microwave plays are terrible, and they all sound exactly the same). Like microwave sensors, they can look through walls. They’re generally used for large areas where all motion needs to be accounted for.

Vibration motion sensors come in several varieties, and all of them measure acceleration and vibrational changes in objects. They use large, unwieldy equipment and are generally only used in industrial settings.

Reflective Infrared Sensors, or RIR sensors, work a lot like PIR sensors, except they’re active instead of passive. These emit infrared light and detect how it reflects off of surfaces. If there are changes in the way it bounces back, motion is detected.

Camera motion sensors are also passive, as they don’t bounce back any kind of beam or anything. So how does a motion detection camera work? It’s simple: it looks at regular light and detects any and all changes. It’s a lot like if a PIR sensor has human eyes.

There are other motion sensor types. This includes acoustic and microphone sensors, seismic sensors, magnetic sensors, and even Wi-Fi sensors. These use changes in sound, movement, magnetic fields, and Wi-Fi fields respectively to sense movement. These sensors are much rarer than any of the above, and you’re unlikely to find any of them in security systems.

When it comes down to it, PIR sensors are your best option. There’s a reason they’re the most common.

The limits of motion sensors depend on the type that you’re using.

But does motion detection work through glass sometimes? The answer is yes. You can use a microwave sensor to see through glass.

Of course, microwave sensors have their limitations. They are messed up by electronics and can potentially get confused by them. If you need a sensor in a room that’s full of electronics, get an ultrasonic sensor.

Ultrasonic sensors, however, also can’t see through glass. Sound doesn’t penetrate most surfaces well, which is why these sensors work in the first place. Light is the only thing that passes through glass, and sound isn’t light.

Every motion sensor has its own give and take, and unfortunately, this will always be true. If your motion sensor is your only means of security, your house isn’t gonna be very well protected.

If you’re planning on using a motion sensor for security, you should consider physical security layering. Get good locks installed on all of your doors and windows, and then use a motion sensor. Each can counteract the other’s flaws and make break-ins less likely.

Where To Put Motion Sensors

Generally, you should figure out “chokepoints,” or places in your house that you have to be when exiting or entering. These are usually going to be by doors and narrow hallways.

Having a motion sensor over every exterior door makes sense, and you might want to think about windows as well. As a rule, you should put a motion sensor wherever burglars are most likely to enter.

Also, think about where expensive items are located. These places are the most important to burglar-proof. Burglars tend to look all over houses, but they often start with master bedrooms. Master bedrooms are usually where the best things are kept, after all. If your bedroom is at the end of a long, unavoidable hallway, think about putting a motion sensor at the start of that hallway.

So now that you know how many you need, what’s the best height for motion sensors?

Putting them up six to eight feet seems to be ideal. They need to be high enough to see everything. Too high, and they can be close to heating vents that will mess up PIR sensors, and too low, and they won’t see the whole room.

Motion detection technology is a great way to have the benefits of seeing your house without having to actually see it. You can use it to know if someone’s broken in while you’re away.

Of course, they’re not ideal on their own. Each motion detector type has its drawbacks and flaws. If you really want safety, get a good lock installed as well as a motion detector.

These perimeter securities combined can stop burglars in their tracks and keep your things safe for when you need to leave the house.