Key Won’t Turn? How To Find Your Issue And Solve Your Problem

by Ralph ￮ November 15, 2021
'Key Won’t Turn? How To Find Your Issue And Solve Your Problem' via United Locksmith
https://unitedlocksmith.net/blog/key-wont-turn-how-to-find-your-issue-and-solve-your-problem
UnitedLocksmith,Locksmith,Automotive 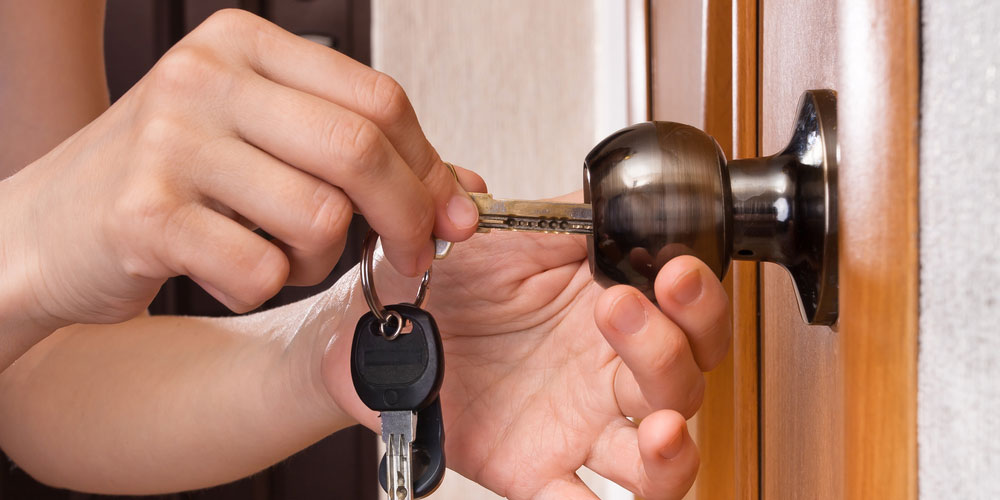 Your key won’t turn, and you don’t know what to do. Perhaps the lock jammed so the key won’t turn, or it could be something else. The cause of a key not turning is just as important as what type of lock you have, and the fix you can use to remedy your situation. As long as you know the concerns for the various lock types, and what is going wrong, a solution is inevitable.

We will cover the following reasons and fixes when a key won’t turn in a lock:

Not every type of lock is going to be the same in terms of what you need to consider when a key won’t turn inside the cylinder. Before we start talking about the general considerations for fixing a jammed lock, it is good to look about how these lock types differ. This will give you a better idea of how to sort through all of the advice you will find in this article.

Car locks have a few different concerns from most other types of locks. First and foremost there is the difference in ignition cylinders, and that creates a specific group of solutions for a key stuck in an ignition. There are also different concerns for replacing car door lock cylinders, not least of which is that most people want to use one key for their car.

You must also factor in the scarcity of new car keys for classic cars, as well as how rare original car door locks may be. Then there is the price of repairing or replacing car door locks, which is never going to be as cheap as the cheapest door lock replacement.

The locks on homes vary as much as locks can vary, so when we talk about the locks on a home, it is the same as saying “the locks on most homes”. This variation also creates the requirement to consider the changes caused by replacing a door lock when a key won’t turn.

When it comes to houses many residents and property owners will not think that when a key won’t turn it demands immediate attention because there are likely to be other doors that lead into the home. This is a classic mistake that is made with house locks because a key that won’t turn in a door lock is among the many door lock problems that should not be overlooked.

One of the most difficult things about when a key won’t turn in a padlock is that many padlocks do not have removable cores. Throughout the history of padlocks these devices were not meant to be taken apart and serviced, so this is not a feature that all padlocks have, especially when it comes to what could be considered antique padlocks.

If the padlock has a keyed cylinder that can be taken out of the lock body, your concerns and fixes will be very similar to when a key won’t turn in a house lock. It can be very difficult to troubleshoot and repair locks that cannot be taken apart, so you are restricted as to what you can do. The padlocks that provide the best security will have removable cores, but in many cases, cheap padlocks where key won’t turn will need to be removed.

Why won’t your key turn in the lock?

Now that you have a better idea of how a solution or problem can be further complicated by the type of lock, you still need to diagnose the issue that is causing the key not to turn. The problem informs the solution, and you cannot proceed without having a good idea of both. So you have to ask yourself, “Why won’t my key turn in the lock?” and then you can worry about what to do next.

This can happen more often than you expect, as any key that has the same profile can be inserted into a lock. You may even be able to open one lock with two different keys, but the wrong key will seem as though it needs extra effort each time you use it. This can happen organically as a result of copying a key too often. If a copy of a key is made off a copy, this can quickly make the new key different enough so the key won’t turn in the lock.

Simplest and cheapest solution will be to get a new key. But if, for example, you need to make a new car key without the original, your options will be a bit limited and the price can inflate with every additional service needed. But no matter if it is car keys or door locks, if you lost your keys, you can also consider changing your locks. Changing your locks will ensure the need for new keys, but when money is your concern, those new keys can potentially be cheaper replacements.

Sometimes you will hear a grinding noise when you try to turn a key in a lock that is dirty or rusted. Other than that, this issue can be extremely subtle. It may seem that the lock is broken, but you can test the issue quickly before taking on a more permanent solution.

Use some lubricant, sprayed in the keyway, then rake the key in and out of the lock. Turn the key a bit in each direction, then attempt to open the lock. Go through this process a few times before you give up and assume there is another issue.

Though lubricating the lock will seem to solve the issue when a key won’t turn, this is only a temporary fix. In the case of oil-based lubricants, dust and dirt will be caught and attracted to this substance, and the problem will not go away, and in some cases, worsen.

With the proper cleaning, you can even repair antique locks to the point where they work like new. Simply disassemble the lock, clean the dirt thoroughly, use rust remover as needed, and dry and polish the metal so the problems do not return.

Many places in the United States have issues revolving around locks freezing. The build-up of ice prevents your key from turning, though it might not prevent a key from being inserted. This is because moisture inside the lock has frozen to lock the mechanisms in place. Though your handle or door might not be showing signs that it is frozen, when a key won’t turn during extremely cold weather, this might be your issue.

Liquid deicers are a great way to inject an agent into the lock internals that will seep in to remove what is binding the lock. This is similar to the process of injecting a lubricant when a key is rusty. Use your deicing agent, then use your key to provide some movement to stress the ice.

Very rarely is a lock constructed in a way that allows for a heat source to reach the internal components that are frozen, but that is certainly something you can try if it seems feasible for your situation. You are looking to place whatever is intended to remove the build-up of ice as close to the internals of the lock as possible.

4. Lock Has Worn Out Or Broken So Key Won’t Turn

This is one of the most difficult problems to diagnose because it requires every other issue to be understood and dismissed. Only when you have exhausted all other possibilities do you have to accept the fact that something about the lock has worn out or you have a broken lock.

When there is something wrong with the lock, whether parts have worn down or broken, there will be a need for replacement. The replacement can be partial or full. A partial replacement of parts means that you need to know why the key won’t turn on a technical level. Unless all of the troublesome parts are replaced correctly, the key won’t turn even after servicing.

If you have a working spare key, you can look at the difference between the key that won’t turn and the working spare. The most important visual dissimilarity to keep an eye out for is a difference in the height and depth of the grooves.

When the keys don’t look the same, this a similar to the issue that you would encounter if you were using the wrong key. However, if no key has ever been duplicated, this problem will be due to repeated use that caused wear and tear over time.

When the key has worn down to the point where the key won’t turn in the look, to some degree you are looking for the answer of how to fix a broken key. In this case, the most likely fix will be replacing the worn down key. This will be easier to do if you have a spare that works, but the key code can also be gathered from the lock or by examining the points on the key that have worn down.

After reading this, you might have come to the conclusion that you need to call an expert. There is a lot to consider when deciding to make changes to your security yourself or to call a professional. United Locksmith has everything you need in order to fix a lock with a key not turning properly. Don’t make the mistake of biting off more than you can chew, can call a locksmith to help you find the answers you need.