What Is A Tubular Lock? 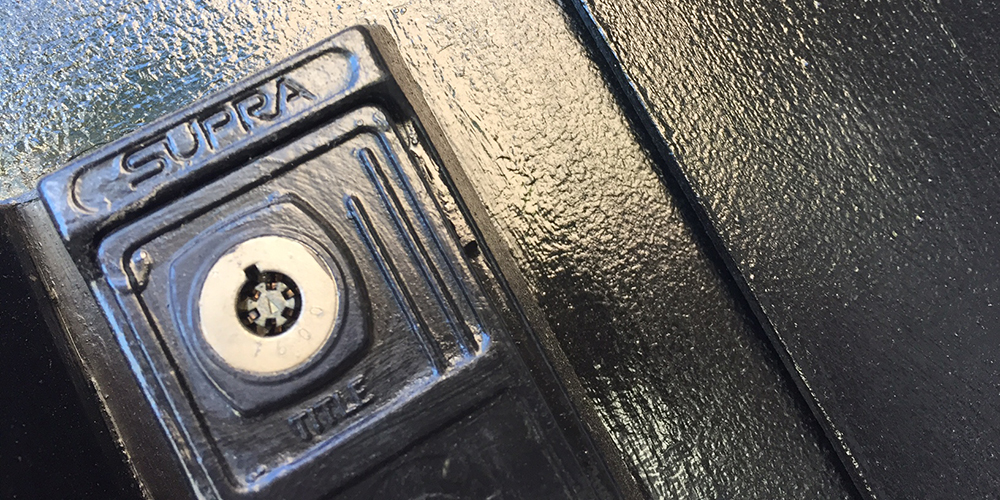 The tubular lock is a lock of many names. It is known as a radial lock, an Ace lock, or more descriptively, a circle pin tumbler. Most of the names refer to the keyhole’s round shape, with the exception of the title of Ace lock. Ace is the name of the company that first began manufacturing the tubular lock, and the brand has forever held onto this colloquial sense of ownership. It is a lock that gives most people pause. How does it work? Is it secure? When should I use one? These locks lie outside of the norm and most people have some pretty strong preconceptions about the lock’s ability. Many members of the general public see this different design and assume it is built with top of the line security technology. But how different is it from your normal everyday lock?

Tubular locks are often seen on commercial products that are left unattended for long periods of time. Things like vending machines, ATM’s, glass display cabinets in stores, bike locks, etc. Although this is a trend, it is unclear if the correlation denotes causation. It seems more that this usage is a coincidence than it is an informed decision. Even though they are used to secure the items listed above, they are not the exclusive locks for vending machines, ATMs, etc. The tubular lock is seen to be a higher security product than other similar locks: average pin tumblers, and wafer locks. The basis of this thought seems to come from the fact that they are not widely used. Tubular locks can also vary in security. Because of advances in picking, new tubular locks employ the use of springs with dissimilar strengths. So the lock that you see on your local coin laundry machine is most likely not as secure as the one you might find on an ATM. The use of tubular locks has declined recently, but they can still be found sporadically.

The name tubular lock comes from the circular shape of the keyway. It has a basic ring-shaped hole with a solid metal cylinder in the middle. In the ring gap, there can be anywhere from six to eight pins (most often they have seven or eight). The lock uses the basic pin tumbler system, but with several important differences. Key pins are pushed in horizontally on a tubular lock, compared to a standard pin and tumbler that moves key pins vertically. As a result, the plug (holds the key pins) rests in the same cylinder as the bible (holds the driver pins and springs).

The shape of the key is circular, open in the center, and has grooves that are cut into the outsides of the circular shape. Due to the shape of the key, there must be a way to identify the correct way to insert it. A notch on the key will correspond to fit a similarly shaped hole in the keyway. Usually, the notch is rectangular, so the keyhole will often look like the power button on a computer. Trying to fit the key in without lining up the notch with the hole will prevent you from inserting the key. Once the key has been fitted correctly in the keyhole, it will depress the key pins to the correct depth.

How to Pick Them 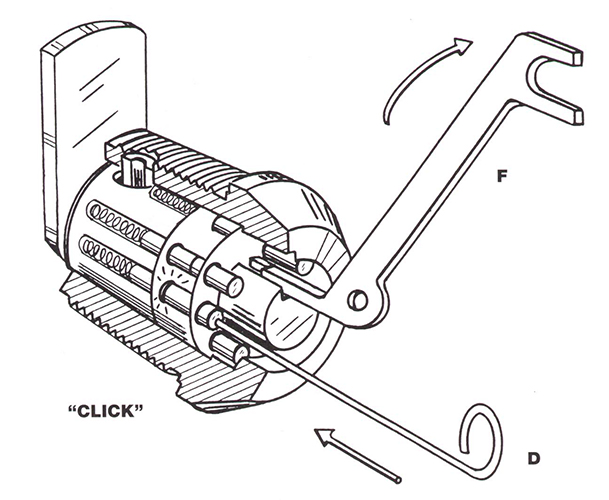 There are a few different ways to pick a tubular lock.  Despite what some sources might tell you, you can single pin pick (SPP) them.  To SPP, it might take some time, depending on the security measures of the lock.  For some models, you will need to re-pick the lock at every quarter rotation.  This will take more time than other methods, but that is not to say that it is difficult.  To SPP these locks, you need to push the pins in until they bind.  Attacking each pin is much easier on tubular locks because the pins are often easy to see. Tensioning the lock is just a little tricky, especially if you need to hold tension for 3 separate picks (necessary for the more complex tubular locks).  One by one you must depress the pins, and find the binding order.  In order to have the pins set, they must be pushed in a certain order.  The binding order could be any combination and is completely random.  But all that you need to do is go around the keyway in a circle pressing each pin and continue to do that until the plug rotates.  (It almost like a game of duck, duck, goose.) 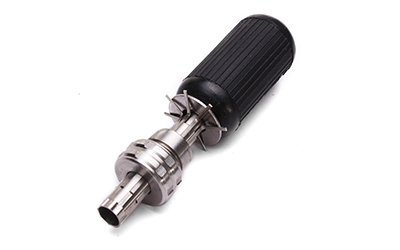 If speed is what you desire, and you don’t want to break the bank, you can also invest in a standard tubular lock pick. The components of the most common tubular pick allow you to decode the lock as well as pick it. The tubular lock pick is not a standard item in a beginner’s lock pick set. Most often it carried by locksmiths specialty tool just so the technician can be prepared for any situation. If you are looking to simply pick a series of practice locks, be sure that you get a tool and lock with the same number of pin slots. Each tubular lock pick will be made for a lock with a specific number of pins (6, 7, or 8), so having the right tool is a necessity.

The device has a handle (most often large and rubber) attached to a piece of circular metal that will fit the keyway. On the circular metal (a stand-in for the key), there are a number of needles (also known as wires or pick wires) that can be protruded or retracted. You will need to get a pick with the correct amount of needles for your lock (most often 7 or 8). Those wires will be controlled from the L-shaped bends that make a type of sun pattern closer to the handle. To secure these needles in place, there should be a threaded bolt, which can be tightened or loosened. Be careful not to tighten this bolt too much, and always allow for a little give in the needles. There may also be a washer that is meant to realign all of the needles to the same height. Rather than using the washer I would recommend extending all of the needles beyond the edge of the stand-in key. Loosen the threaded bolt and place the tool gently down on a flat surface, so that all of the needles depress evenly to the edge of the device.

Now that the tubular lock pick is calibrated you can pick the lock. To do this, place the pick into the lock, making sure to evenly apply pressure straight down. If you are on an angle this may keep your pick’s needles from finding the right lengths. Be sure that you have also loosened the threaded bolt so that you do not bend the needles. Try to press and turn the pick in the lock. If this does not work after the first few tries begin to press the L bends on the needles in a similar duck, duck, goose, fashion as described in the SPP section. This process should not take too long. If the lock does not open after 2 minutes take the pick out of the lock and recalibrate it.

Take into account what you might have done wrong and adjust accordingly. If you can not pick your lock with this method the lock might have variable spring pressure, or if you cannot fit the pick into the keyway, you will need a different tool. If you do get the lock picked, and the core turns, you can then tighten the threaded bolt and secure the pick wires. Once the pick wires are fastened in place the pick will act as a key. You can also use a decoder to find out the exact key code and make a replacement key. 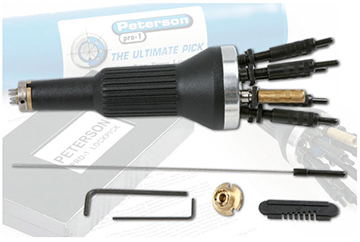 If your pick will not fit, and you cannot SPP the lock, you will need to move up the food chain a bit. Unfortunately, this starts to get a little expensive, and because these are not extremely common locks it may be difficult to justify the purchase. But if you are a locksmith looking to improve their skills and ability, it is a must have item. The best example of an advanced tubular lock pick is the Peterson Pro-1. This product is not the only advanced tubular pick, but you should try and find something with similar functions. The basic functions you will need your advanced pick to have is the capability to manipulate and fasten each pick wire individually. Anything with interchangeable tips will also be a good investment.

With the ability to replace tips, advancements in tubular lock technology can be addressed with the changing of a tip, instead of the purchasing a new tool. With the advanced tool, there is a correct way to use them and a fast way. The correct way you can read in any instruction manual, but the fast way is just another round of duck, duck, goose. Pressing each pin down in a methodical circular fashion. Once the lock is picked each needle will be fastened individually. With a standard tubular lock pick, the pick wires will move as the pick is turned because all of the springs will be applying varied upwards pressure. Similarly, when the lock is picked the key code can be obtained and the pick can act as the key for the interim. 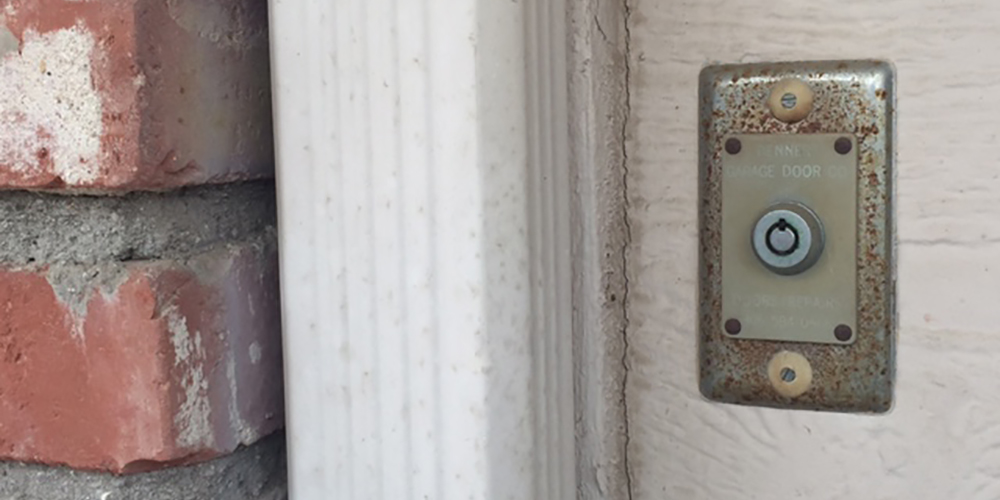 Now, that you are informed about the reality of tubular locks you can make a more informed purchasing decision. Don’t think that just because something is different, that it is secure. Tubular locks are just a slightly modified pin tumbler configuration and though they mystify most average consumers they will not stop a lock picker of almost any level. I see no downside to using these locks in everyday use, and they can be made with greater security measures. Their best feature, in my opinion, is the public’s lack of knowledge about them. I am a strong believer of obscurity as a measure of security, but security is also about layers. The use of a tubular lock for all doors and openings is no good either.

When it comes to picking these locks the largest disincentive is the price of tools. I would say that that is also a relatively strong line of defense if you are worried about the covert entry to your home. They are not safe from single pin picking, but depending on the security measures, they might take a thief some time to open. If you ever need to pick a tubular lock, remember that you must always have permission from the owner if the lock is not your own. Always follow your local and state laws in terms of buying and possessing lock picking tools. Get informed about your security, so you can live safely.