What To Do When A Window Won’t Lock

by Ralph ￮ October 10, 2022
'What To Do When A Window Won’t Lock' via United Locksmith
https://unitedlocksmith.net/blog/what-to-do-when-a-window-wont-lock
UnitedLocksmith,Locksmith,LockTypes 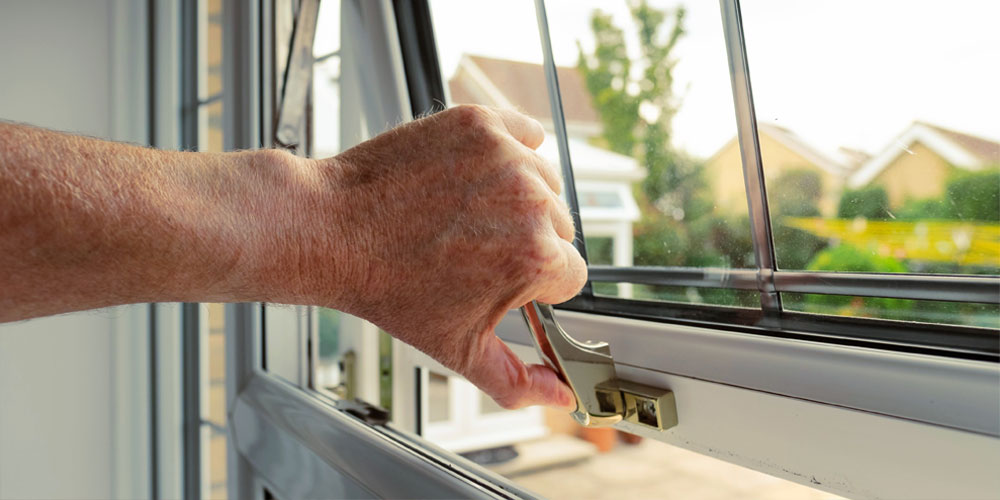 Every lock on a home serves a purpose for the security of your property and the people inside it. When a window won’t lock, you may need some form of window lock repair, but the trouble with the window might just as easily stem from user error or simple complications.

Whether you can do the work yourself, or you need to call a local locksmith, it is always in your best interest to invest in the security of your windows.

Understanding Why A Window Won’t Lock

In order to come up with a solution to a problem, you need to know the issue that you are trying to fix. You know that your window won’t lock, but that does not necessarily mean you can diagnose what it is you need to remedy about the situation.

Luckily, many of the reasons that a window won’t lock are rather straightforward and simple and easy to solve yourself. But you should know about window locks before trying to diagnose your problem.

When it comes to window locks, there are two main components, the latch, and the keeper. The latch is the part of the lock that is actuated into the locked or unlocked position. In the locked position, the extended latch reaches into the keeper and secures there.

A common reason that a window won’t lock is that it has not been fully pushed to the proper closing height. This is more likely for double hung windows, which have two operating sashes, meaning both the top and bottom panes can move. Be sure that you check both the top and the bottom pane.

The solution when a window won’t lock is to press down on the bottom pane and press up on the top pane. If you have a single hung window, move the appropriate window in the direction that allows the pane to meet the top or bottom of the sill. Once everything is secure and moved into the proper place, the window should lock.

Lift your window and examine the lock. If your window pulls out toward you, check to see what is happening when you move the lock from opened to closed. A faster diagnosis would be to check both positions. Be careful that you do not move either of the sills, as this will likely result in the first problem described in the section titled “Not Fully Closing”.

The interlocks on a window are found on the bottom of the top pane, and the top of the bottom pane. These are lips that extend out from the pane. When a window is fully closed these two interlocks rest on one another in a manner that makes sure the keeper and the latch are on the same plane. Either of the interlocks can bend or contort in a way that keeps the two panes from interlocking properly.

When the issue is a bent interlock, you want to lift up your bottom pane about two inches from the point where the interlocks should engage one another. At that point, press the elevated bottom pane against the top pane. After pressing these two parts of the window together, hopefully, the interlocks will bend back into place. You can let the window close, and try the lock again.

You will need to be looking down on the latch and the keeper as you attempt to lock the window to see if the latch is not going into the keeper properly.

This issue is often the result of an adjustable keeper that has loosened and moved too much to one side. You should see a set screw on either side of your keeper. Unscrew the set screws slightly to allow the keeper to move more easily. Line up the keeper with the latch.

When you have everything at the proper distance, begin tightening your screws. Tighten each side little by little, and do your best to hold the keeper in place, so that you can minimize movement.

There are all types of things that can fall into the channels of your window. And just as blocking the channels on a sliding glass door can keep it from opening, blocked channels on a window can make sure a window won’t lock. With the channels blocked, there will be no way for the keeper and latch to align properly.

Go ahead and move your window up and check to see if there is any bending, debris, displaced balance shoe (pivot block or terminal housing), etc., in the way. Also, check that everything is smooth and the window will not be catching on rough edges.

You need to remove anything in the channels, which is relatively straightforward unless there is a displaced balance shoe. This is something you are likely to encounter on double hung windows, and it will look like a piece of metal/plastic at the base of the channel on either side of the pane. Using a flathead screwdriver you will turn the opening from a vertical (l) to horizontal (-) position.

Maintain pressure toward the window frame because the housing is under tension and will attempt to shoot upward toward the pane. Let the housing rise to around halfway from the bottom of the pane and the sill. Turn the balance shoe back into the vertical position. Close the window, and when you open it again, everything should be reattached.

6. Lock Is Not Fully Engaged

Your window lock might be a bit rusty or dirty, or perhaps it is catching a bit before extending fully into the keeper. The latch could be getting hung up or the keeper may be blocked by something. The issue is that the latch seems as though it is fully extended into the keeper, but it has come up short.

This can be hard to diagnose because the dirt buildup might not be visible. Because people clean the outside of their window locks, when a window won’t lock due to rust, dust, or grime, it could take a while to know for certain. Taking the lock of the window may be the only way to properly assess the status of cleanliness.

Cleaning your window locks is probably the only thing you need to do when the lock is not fully engaging, and this is not the result of any other issues previously mentioned. In the case of rust, look into the various ways to remove it, making sure to find the one that you are most comfortable using, or call a professional.

In any case, the lock hardware (both the latch and the keeper) will have to be removed. Once taken apart, the full lock assembly can be cleaned. After the cleaning, you need to take steps to make sure that the issue will not come back. This is extremely important for rust and can be taken care of by polishing the metal.

When the issue is a build up of grime, be sure that you do not use an oil-based lubricant and do not reinstall the locks while they are still wet. And then make sure that your windows are not getting too dirty, which will happen as the wind blows dust at the panes and this is trapped in the openings.

More Ways To Fix A Window That Won’t Lock

Not every solution for when a window won’t lock is as simple as what is recommended above. With so many issues and reasons for those issues, some people will require more substantial methods for fixing a window that is not locking.

Due to warping, moisture expansion, foundational tilt issues, and the like, your window may not be closing, which means your windows will not lock. Sanding or adjusting the window with a cutting tool may be required to compensate for the change in the window orientation or shape.

For an issue as extreme as this, a window won’t lock even if you adjust the keeper (as described in the section “Misaligned Keeper”), because it may be off to such an extent that the keeper does not have enough movement. Even in its adjustable state, there is only so much range for your keeper.

When no other simple repair works, a repair is synonymous with a partial replacement. This is for the instances where a window won’t lock because the lock is broken. What part of the lock is broken, and to what degree will inform you as to how much will need to be replaced.

As compared to other lock related issues, when a window won’t lock, your first instinct cannot be to replace the lock, because there may be one of the several issues already discussed. To know if you need window lock replacement, you might want the opinion of a professional locksmith so you do not invest in a solution that will not solve the issue.

To make sure that your window lock repair is handled the right way the first time, you need to call United Locksmith. Everything else you do will be an attempt to fix the issue, but only calling a professional is the guaranteed solution when a window won’t lock. Talk to an expert and figure out exactly what is wrong, and what should be done about it.

A window that will not lock is not doing you any good. The argument that windows are insecure already, is well taken, but a criminal who will break a window is not the same as one who will enter through a window that can be opened quickly and quietly.

When a window won’t lock, you need to take the problem seriously and fix your window lock. If at any point you do not feel comfortable fixing your window yourself, United Locksmith is happy to help.