Are Smart Locks The Future Of Home Security? 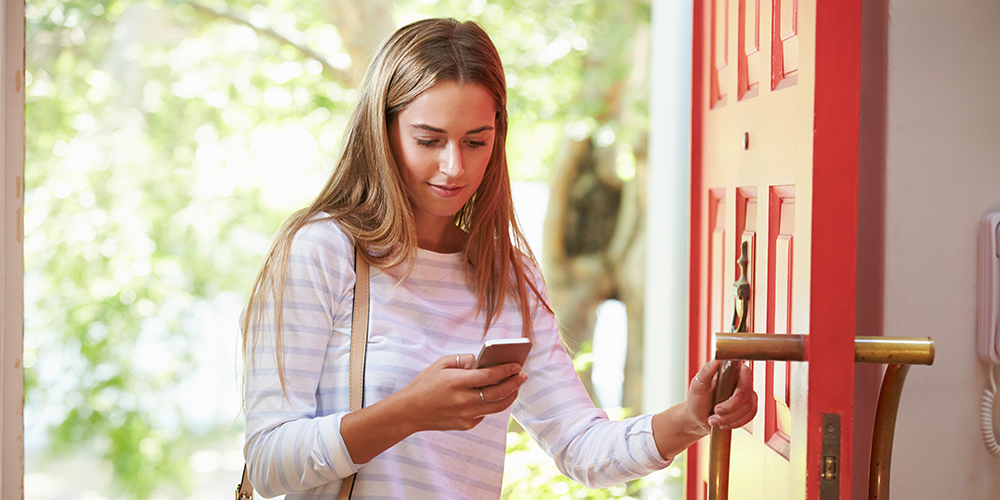 The world of technology has taken over almost every aspect of our lives, including our security. Home automation is becoming the norm and it is more affordable to the average consumer than ever. However, the question looms: Is this change improving our lives? Keep in mind that everything has a yin and yang, meaning a duality to it so with the good comes the not so good. Overall, my feeling is that this change will make our lives easier by providing a convenience most of us could never have dreamed of years ago. This is the stuff of Sci-Fi. But Is there a downside? Let’s take the smart lock trend for instance. Apple and Google have plans to be a part of changing the future of security with their own smart lock versions, amongst other automated technologies that are in play. Some argue that the smart lock may be a viable solution to keeping crimes like lock bumping at bay. But can depending on our smartphones for everything be such a good thing? Everyone running to get the latest gadget should stop and think of the potential drawbacks before joining the technology rush on security.

What Is A Smart Lock?

A Smart Lock is an automated device that replaces the thumb turn to your lock cylinder (deadbolt) and turns it for you to lock or unlock your door remotely through any Bluetooth enabled device such as a smartphone, iPod Touch, electronic tablets, or anything that has Bluetooth 4.0 low energy and runs on Apple iOS7 or an Android 4.4 type of operating system. Smart locks are inevitable and we know that. New models are being released all the time. But what happens when we lose our phones or the power goes out? And who will let you in when this happens? You can see how having a smart lock can quickly become problematic. The long and the short of it is that most security experts will advise you to still integrate some kind of combination of old and new locking security systems that can help you avoid some of these potential issues. Many of these new systems incorporate both so you always have a set of keys you can use as a backup.

Although smart locks can make your life easier in some regards such as being able to set separate codes for a housekeeper or guest you may want to let enter your home when you’re not there, there are a few other potential drawbacks. What happens when your phone battery dies? The smartphones, for instance, are notorious for running out of battery quickly. Since smart locks are controlled through your smartphone, this could cause you some major inconveniences. What happens if your Wi-fi router isn’t working? You still run the risk of having a bad connection or in a worse case scenario, having your phone stolen so it’s still strongly recommended to have a set of keys handy.

Some smart lock systems rely on geofencing to determine when to lock or unlock your doors. This means if you are still on your property but inside the geofencing area, the lock could still activate, potentially locking you out. As you can see, there are still several technical flaws with many of these systems as they are evolving, so they may not be serving you as much as you would like quite yet. Wi-fi is a power sucking technology generally unfit for door locks. New companies like Lockitron and Lockstate that have smart locks that run on Wi-fi were no shows at the CES 2015 show this year, already outmoded by newcomers like Kevo or August. The upside of their Bluetooth compatible devices is that they virtually make it impossible for a burglar to guess your passcode identification. Another consideration is the price. The average smart lock costs an average of $200 whereas a traditional lock and key is much less. Are you getting your money’s worth and is this an essential need or just another fancy gadget to show off to your friends?

Most locksmiths see the trend of smart locks and know they will be a bigger part of the lock industry as more products are introduced into the marketplace. If you need a smart lock installed or need help with a smart lock, call a professional that is up with the latest technological advancements and smartphone applications. Most locksmiths are equipped to handle these situations so you won’t have to rely entirely on a phone to access to your home.