What Is The True Definition Of A Smart Lock?

by Hugo Reed ￮ October 10, 2016
'What Is The True Definition Of A Smart Lock?' via United Locksmith
https://unitedlocksmith.net/blog/what-is-the-true-definition-of-a-smart-lock
UnitedLocksmith,Locksmith,BuyingGuides 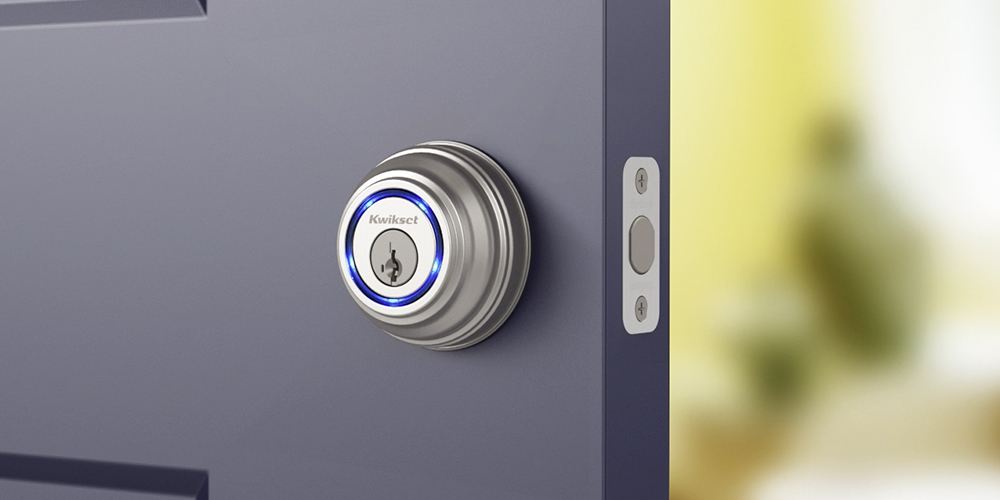 Smart Locks have steadily increased in popularity over the last few years. When they were first introduced to the market, many homeowners and users were unsure about upgrading to smart locks because their traditional ‘lock and key’ system still worked well for them. If it was an issue of safety, they could very easily work on upgrading their locks through the use of additional screws or even switching out their existing deadbolt for one with a longer throw. However, smart locks provide homeowners with much more than a change in their security. The automated nature of these locks provides its users with an added layer of convenience and efficiency that traditional locks do not give.

The August smart lock is a perfect example of this. A smart lock like the August gives homeowners the ability to unlock their door from remote locations among other things. These features mean that homeowners will constantly be able to monitor the state of their locks. It also means that they can grant people access without having to give them physical copies of their house keys. Essentially, homeowners have more key control, which reduces the chances of someone using their keys to gain unlawful entry. There are many added benefits that come with the use of a smart lock, most of which homeowners and users are privy too. But do they really know what the true definition of a smart lock is, and how locks work in conjunction with doors to keep your home safe? Let’s take a dive into smart locks.

What Is A Smart Lock?

A smart lock is first, and foremost, a lock. This might sound redundant, but bear with me. The primary function of a lock is to bar or permit entry once the lock has been engaged. This is one of the ways locks help to stop burglars and intruders. Smart locks perform this traditional function, but they do so in a very different way, and with a very different set of tools. These locks perform the locking and unlocking motions once they have received the proper set of instructions from an authorized device, which makes use of a wireless protocol and cryptographic key, ensuring that the authorization process is carried out smoothly.

Cryptographic keys are used in conjunction with these communication protocols in order to ensure that the data transmission between devices remains private. When they are used with the wireless protocols described above, they effectively keep data transmissions secure. This is imperative to making sure that smart locks function the way they were intended.

A smart lock uses these basic functions in varying ways to communicate with primary devices, which are most often smartphones or key fobs. These locks are built to receive signals from primary devices that engage or disengage the locking mechanism. Once the data is received from the primary device, the transmission is deciphered. Then the action that the transmission dictates is carried out. In this situation, that would involve activating the door lock.

The action of being able to receive and transmit data is what allows these locks to also communicate with other devices aside from their primary one. Many smart locks have the ability to be controlled in an IoT environment, which makes them a much more convenient option for homeowners that are looking to build smart homes.

What Goes Into A Smart Lock?

In its most basic form, a smart lock consists of two main parts, and it can continuously be broken down from there. The two main parts of a smart lock are the hardware and the software. The hardware and the software have to work in tandem to ensure that the smart lock is functioning properly. If any one of these is compromised, then the lock is also compromised, so it is crucial for smart locks to have more than just well laid out software. The lock itself has to be able to withstand physical attacks to a certain degree.

Once you begin to break down the hardware and the software, you can identify the parts of each of these that make up the lock and the key. There is the physical aspect of the lock and the key that falls under hardware. This deals with the deadbolt that might be in place with the smart lock, the keyway, and also the traditional key (if applicable). Most of the smart lock models that are available on the market make use of deadbolt locking mechanisms.

A deadbolt is essentially a bolt that is engaged by turning a knob, a key, or in this case, transmitting data to the lock. It is always advised for people to make use of deadbolt locks within their homes or offices. These type of locks provide the maximum amount of security that is needed to keep you safe. The American National Standards Institute (ANSI) has grouped deadbolts into 3 grades in order of strength and resistance to damage. Grade 3 deadbolts are the least resistant and Grade 1 deadbolts are the most resistant. There are smart lock models that make use of Grade 1 deadbolts in order to provide maximum security, while some use either Grade 2 or Grade 3 bolts.

The combination of the software and hardware to form a cohesive unit is what truly separates smart locks from a mere electronic lock. Electronic locks, in their most basic form, operate on an open or closed circuit concept. Electronic locks cannot be integrated with smart home systems in the same way that smart locks can, nor can they be controlled via a smartphone over a wireless network.

There are many who ponder just how to differentiate between a good smart lock and bad smart lock, or is there even such a thing? At the crux of it, people wonder about what kind of options they might have when it comes to getting the smart lock that is right for them.

Homeowners have a few good options when it comes to fusing their home with a smart lock. In some cases, it is hard for homeowners to fully abandon traditional lock and key systems. Homeowners like this can add on smart locks that control the deadbolt. This allows for the use both the traditional system and takes advantage of the cool features of a smart lock. A perfect example of this is the August Smart Lock. The August smart lock relies on a pre-existing deadbolt, as the smart lock itself is just a replacement for the thumbturn. A lock like this is best used in conjunction with a traditional keyed system.

Another option that homeowners have is to completely do away with the old system that they had in place and use second generation smart locks that attempt to make the locking mechanism keyless. This option is best suited for those homeowners who want to go the smart home route.

How Do Smart Locks Work?

A good number of the encrypted smartphone signals make use of 256-bit encryption codes to send messages. These messages will prompt the smart lock to either lock or unlock. The protocols that are in place to make this happen range from Bluetooth, to Wi-Fi, to Z-wave. Each and every one of these protocols makes it much harder for anyone to hijack the transmission that is being sent to your lock. The lock can be powered by live current or the use of batteries. The lock is generally kept in a low power state until it receives a data transmission. The smart lock will open or lock based on the contents of the data transmission. This is done by activating the pins and tumblers, or at times the slotted rotating discs present in the lock. The circuitry triggers a lock/unlock deadbolt action when it senses receives the proper signal/passcode. This can be sent from either a keypad or wirelessly from a smartphone.

These smart locks have to work in conjunction with mobile applications that serve as a bridge between the lock and the key. These applications allow users to perform a variety of additional functions with their locks. This ranges from handing out temporary access keys to visitors or even unlocking the door from a remote location. These apps are also used to initially set up your lock and establish your smartphone as the primary device for your lock. In addition to the features listed above, your smart lock application (if applicable) also helps you keep track of the activity of your smart lock.

There are many benefits to using a smart lock to fortify the entry ways to your home. Some of these benefits are security oriented while others are not. Do keep in mind that these features vary from smart lock to smart lock. Let’s run down the list:

Smart locks are not perfect devices, and much like any other device, there are some lapses that make the technology fall short of perfection. There are a few things that the smart lock industry needs to address and in doing so they might be able to present the masses with a product that truly revolutionizes locks. Here are some of the disadvantages of smart locks:

There is no doubt that smart locks are here to stay. Their innovative designs and the cutting edge features are constantly pushing the boundaries of convenience and efficiency. These two things will be the pillars of the technology in the future. However, when it comes to products such as door locks, there is an added layer of security that needs to be addressed. The smart lock industry is very likely looking at the ways it can improve the security aspect of these locks without sacrificing any of its efficiency and convenience.

In order to make the best use of smart locks, it helps to know just what they are and what goes into them in order for them to function. Hopefully this article was able to give readers and homeowners some insight into the inner workings of smart locks.