Everything You Need To Know About Magnetic Locks

by Ralph ￮ August 17, 2015
'Everything You Need To Know About Magnetic Locks' via United Locksmith
https://unitedlocksmith.net/blog/everything-you-need-to-know-about-magnetic-locks
UnitedLocksmith,Locksmith,Commercial 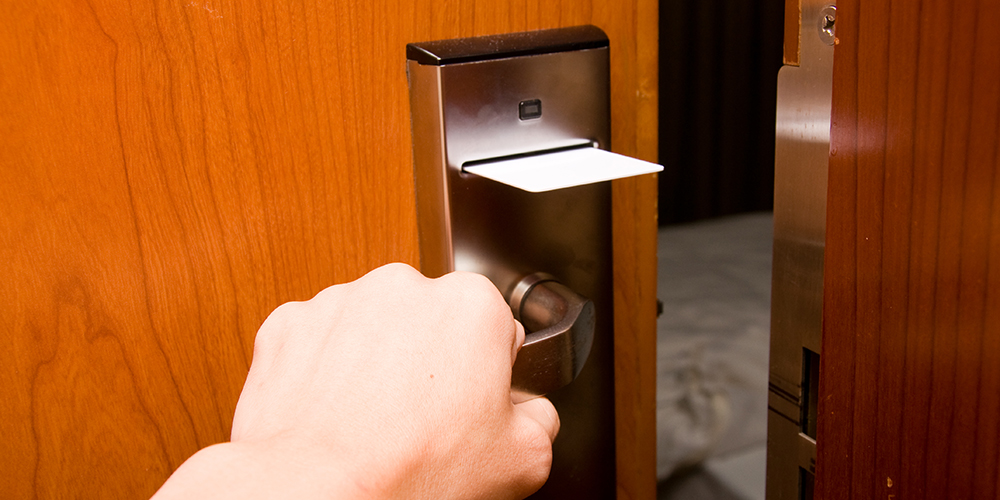 There is no misleading bit of information in the term magnetic lock. These types of locks use magnets to open and secure a wide variety of things, ranging from doors to hidden compartments. Magnetic locks can offer everything from incredibly secure key ways that cannot be picked still to this day, just as they can offer the seamless concealment of door or compartment. It is an extremely powerful force. Magnetic force is so powerful that in its most powerful form it could, “rip out your fillings from half a mile away” (BBC 5). Magnetism can even melt metal. This immense power can also hold a door closed in the absence of a bolt. But a lock that holds a door shut would need to be able to be turned off. As a result of all the different purposes for magnets, the locks must be structured differently. Electromagnetic locks use electricity to make metal temporarily magnetic. A magnetic keyed lock uses variations in the push and pull of a magnetic key to set the pins. And a magnetic-coded lock (exactly like the nearly unpickable lock EVVA MCS) is a mixture of a standard lock and a magnetic keyed lock.

The simplest way to explain magnets is how we all learn about them in elementary school. In a magnet, there is a North and South pole. Between similar poles, the magnets repel, and opposite poles attract. That is almost too simple of an explanation for what is a beautifully nuanced process. Magnets are very complicated aspects of nature that represent complex aspects of quantum mechanics. The spin of the electron while orbiting the nucleus of an atom is what causes a magnetic field. The spin of the paired valence electrons in an atom must be parallel to one another to make the substance magnetic.

This only naturally occurs in three elements: iron, nickel, and cobalt. Each magnetic field that an atom creates is called a domain, and they are not necessarily organized in a material to give it a single north and south pole. Much more often, the three aforementioned metals will have a chaotic organization of poles that do not make them attract other magnets. What makes something a magnet, in the way that most people understand the word, is when those atomic domains are uniformly structured in a material. This can be accomplished naturally in rare earth metals (most commonly lodestone) or artificially with the use of an electrical current. What your lock will use will depend on the nature of the mechanism.

An electromagnet is a magnet that is created when a current is moved through a wire with multiple coils around an iron core, or a solenoid (single coiled wire wrapped around a metal core). When the current is disrupted the metal wire is no longer magnetized. Because of the very nature of an electromagnet, it can not be fail-secure, which means that in the result of an emergency or power outage, the doors will unlock. The built-in feature of unlocking in the result of a power outage (referred to as fail-safe) was the founding idea of the electromagnet. The lock was first made as a commissioned safety feature for the Montreal Forum in Quebec Canada. The issue they were made to solve was the threat of doors being locked in the event of an emergency. The fear was that in the event of a fire, staff would have to go to all the doors and unlock them, or simply leave every door in the building unlocked.

The solution was a door that would unlock with the loss of power, and, furthermore, a series of doors that could be opened by the pulling of a fire alarm. When there is no emergency to disable the locks, the magnets can be manipulated with a key that temporarily interrupts the electrical current. After a few seconds, the current will return, and once the door has closed it will magnetically bind the door to the door frame. This lock set up is constructed by fixing a plate of magnetic metal (usually iron) to the door, and the electromagnet to the door frame. The strength of the magnetic force holding the door closed will depend on how the coil is wound and constructed on the electromagnet; the strength of the current (how much electricity is being used); and the material that the coil is wrapped around. 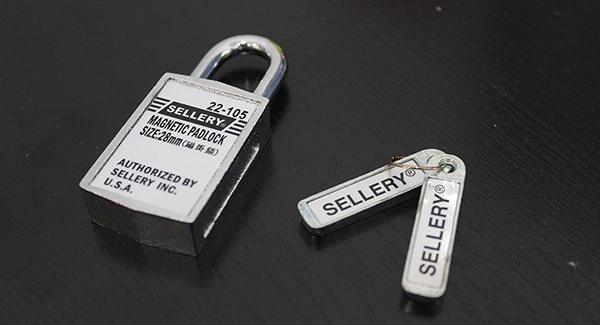 A magnetic keyed lock does not rely on electricity to secure the device. It is a passive system that only requires a permanent magnet for the key. The complexity of these types of locks can vary from product to product. Some magnetic keyed locks just require a single magnet to open them. The use of a single magnet does not provide much protection by itself, but this is perfect for concealment. Concealment equates to hiding the existence of a locked item. This method is used by companies like Tactical Walls and other concealed gun cabinet products to provide the illusion that there is nothing that is being hidden. If you type “magnetic keyed lock” into Wikipedia or into youtube the most common type of lock you will see is something like the Genii magnetic padlock. The Genii is an example of magnetic keyed lock that has a series of magnets on its key. This type of keying prevents a single magnet from opening the lock. The pin and tumblers for this type of lock will need to be depressed or elevated by each magnet to the correct distance.

A magnetic-coded lock uses traditional grooves and teeth to set pin and tumblers but also has a set of magnets that are pushing and pulling magnetic pins to the shear line. It is a mixture of several different security measures that accumulate to a lock that is almost undefeatable (sadly enough every lock can be bypassed given time). The only way to truly defeat this type of lock is with access to the key, but that could be said for almost any lock. The magnetic aspect can be decoded but with the addition of having to pick the lock, the end result is a tough lock and in some cases locks that have never been successfully picked. There are certain types of these locks that do have decoder keys, but they are not readily available. With a decoder key, you can fix the magnets to the key and jiggle it in the keyway until the lock opens. This is not an option for every magnetic-coded key and requires quite a bit of skill. Sometimes decoding is even done with computer programs that measure the different magnetic fields within the lock. Regardless of the method, this lock type remains a formidable opponent for any picker.

Locks are very similar to all aspects of security. Much like safes, a lock’s functionality is going to depend on the needs of the user. Functionality is going to affect security and security may mean sacrificing usability. When it comes to fire exits that you would like to remain locked during daily operation, an electromagnet lock is highly superior to your average pin and tumbler lock. A magnetic keyed lock is perhaps slightly better than a lower end security lock, but only because the attacker may not be prepared to pick a magnetic lock. Also, the ability to hide your lock may protect your property from even attempted theft.

When it comes to great security it is always better to combine methods, and it is in that that the magnetic-coded lock surpasses any standard lock. All of these locks will most likely fair similarly in the event of attempted forcible entry, but that is why it is important to have more than a burly lock. Combined measures will always be the most secure option. Do not rest on a lock that is difficult to pick or door that locks powerfully. Using magnetic locks in conjunction with standard locks may be something that fits your needs better than filling your home or building with one form of security. 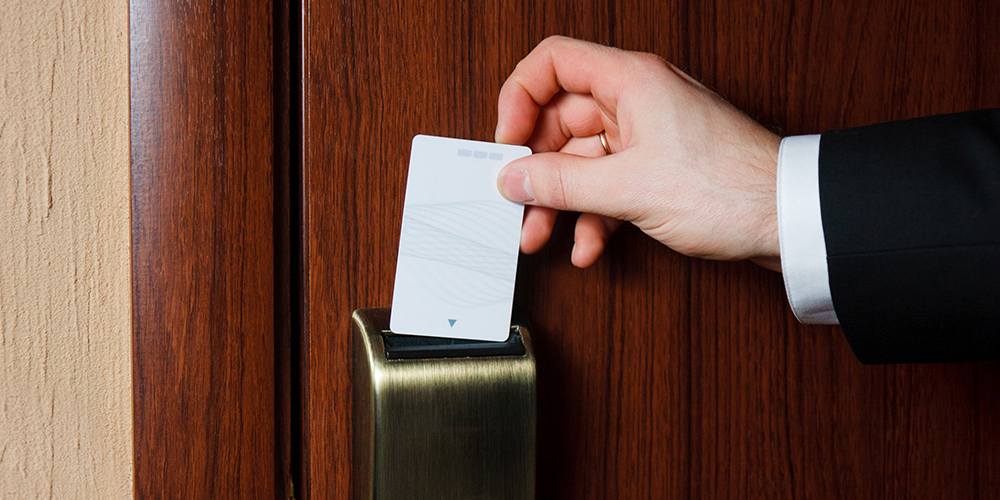 Magnetic locks are a great addition to the world of security. Magnets provide some very unique protections that were previously unavailable and improve some of the preexisting features of the older technology. They are not some ultimate problem-solving solution. Magnetic locks are just another step in the direction of better home security. Magnetic technology will continue to grow and evolve, and it has yet to reach the pinnacle of all it has to offer. The power of magnetic force will be more easily controlled as science continues to understand it.

The world has yet to see the extent of what this natural force can do. These are incredibly strong and dangerous materials to experiment with, so it is always best to have a professional supervise or manage any changes to powerful magnets or electromagnets. In some cases, the improper handling of strong magnets can result in bodily harm, so always remember to handle them with care and respect. With this information, you should have a better idea of what security measures might be best for you as well as a greater understanding of magnets in general. It is important that none of this information is used to undermine the integrity of locks that you do not own, or for any other illegal practices.