4 Locks That Cannot Be Picked 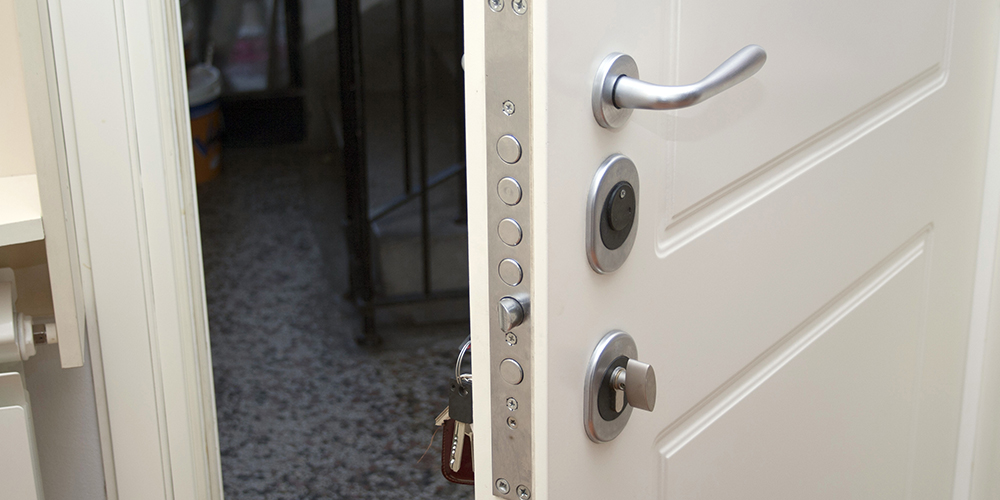 Lock picking is a mixture of art and science. It takes finesse with a whole lot of dissection and trial and error. The key to a lock that cannot be picked is finding a lock that is unique and rare. Standard keyways with pin tumblers can only get so complicated. Security pins can create some confusion for the picker, but the trick to an unbeatable lock is innovation. Construction of the key or keyway must be able to throw the person trying to pick your lock so that their practice means nothing. For that reason having an original idea is not perfectly secure if the product gets a lot of media exposure (or at the very least is noticed by the lockpicking community). The idea also needs to be as unknown as possible, or at the very least needs to be rare. The rarity of the lock prevents a lock picker from being able to work out the product’s faults, which is the real art of picking.

Locks, like the Forever Lock, are a perfect example of this. They made a unique product, but they touted themselves as unpickable, which got them the attention of very skilled locksmiths. A bump key was milled using the specs from two different Forever Locks and their key patterns. The lock was revealed to be pickable very publicly. Now a search of the company will show anyone how to overcome the lock. Even very skilled lock pickers can decode MIWA magnetic keys by running a magnet through the lock and recording the patterns. They too were thought to be unpickable, but time and prevalence allowed study and practice. There are no unpickable locks, just locks that cannot be picked, yet. So here is a list of four locks that cannot be picked. 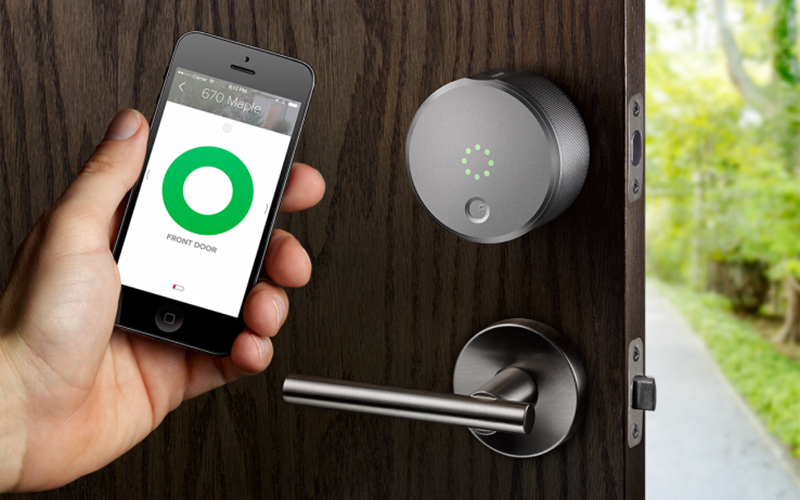 As a smart lock, the August is almost completely safe from the lockpicking world’s focus, because if this lock is ever cracked it will not be with a state of the art lock picks or a bump key. The August smart lock is opened with the semi-exclusive use of your smartphone. You can still use a key from the outside of the house, but if that bothers you, there are precautions that you could take. If the outside cylinder were picked it would not be the fault of the August. The device works on battery power, and will not open when power is disrupted. This tech is safe from pickers and other types of thieves that didn’t major in computer science. If there is any flaw further down the road with this device it will be a coding issue, which could always be fixed with a software update. 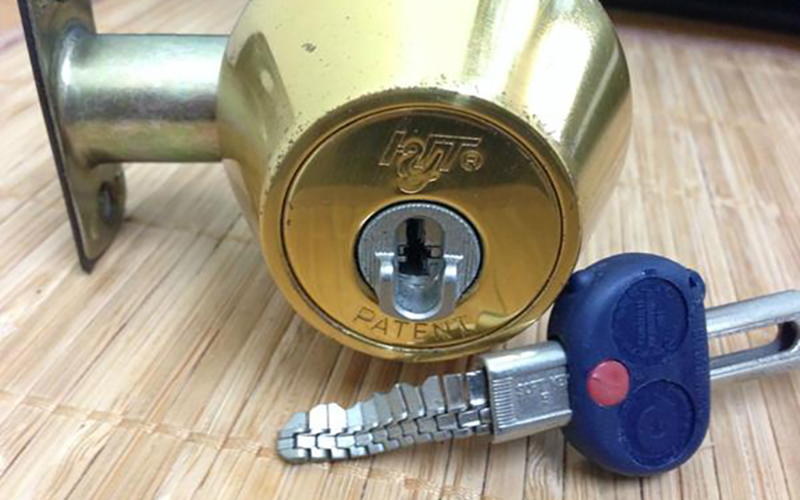 The rare and crazy HYT Chain Key blends the inaccessibility of the design with one unique type of key and keyway. It is known as a Chain Key because the key itself is a loose chain that is injected into the lock. This allows the keyway to curve in a way that makes getting standard lock picking tools down the key path extremely difficult. And without the key or being very familiar with the inner workings of the lock it is impossible to know what you are dealing with behind that curve. If your thief is for some reason a master locksmith, chances are they will not want to interfere with such a beautiful lock. The key is rather delicate, but it creates a system that has not been picked. The delicacy of the system might make it more of a collector’s item than it is a practical everyday lock, but you could still use it to secure your valuables. 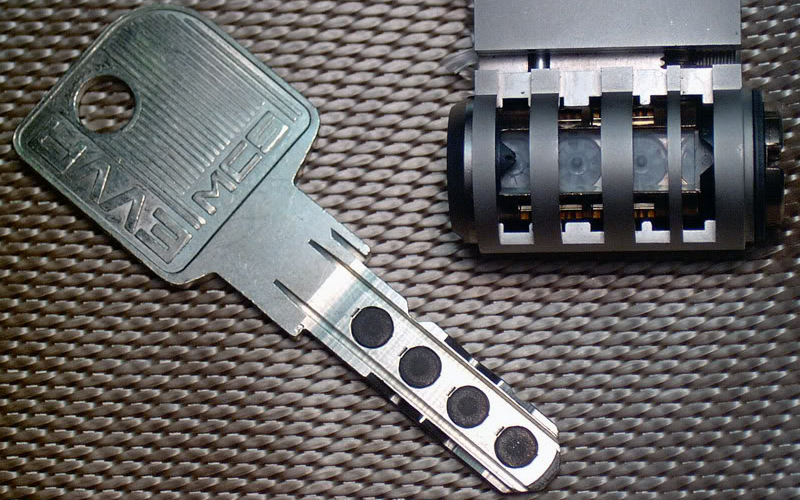 This is another magnetic lock, similar to the MIWA, but much more complex. The key cuts and round shape of the key compound the difficulty of picking this lock. That is also in addition to the unique magnetic pattern that each EVVA MCS key has. It may be duplicated or decoded in the future, but for now, it has only been done with the use of the working key. Without the picker being able to study your personal key, this lock cannot be picked. 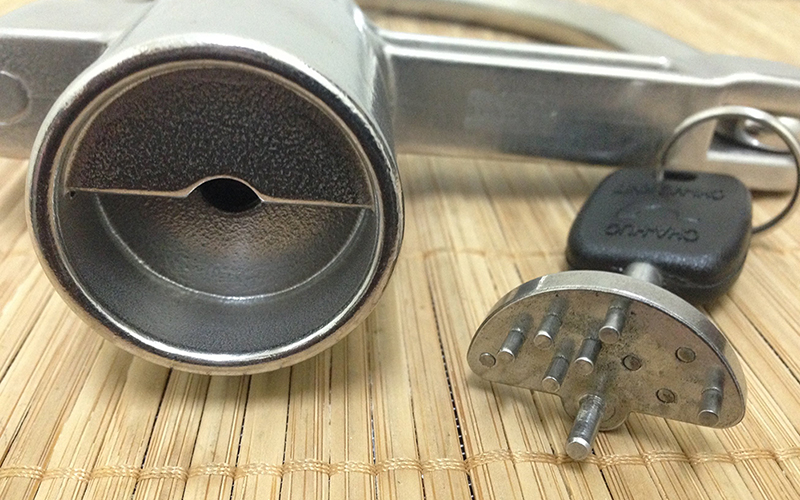 This lock and key are very odd. The key is similar to the XPUZMAG, but the U-lock’s obstructed keyway and key variation make it a lock that cannot be picked. there are sharp turns that the picks would have to make, and once those turns are made keeping tension and working with the multiple unseen key holes would only be exacerbated by the fact that you cannot see what you are doing. This is coupled with how extremely rare this lock is. It is made and sold in China but is not even very widely used there. With all the trouble that the lock presents, not knowing what the key looks like would further confuse a thief looking to pick your lock.

If there is some crazy lock that you have, and no one is talking about it, you may have a safer lock than any of these four, because all of these locks are now at risk of being picked by sheer virtue of being on this list. Declare it to be unpickable and surely it will be picked, but rarity may be the salvation of some of these locks. The HYT has a Chinese copy, but even that is very rare. The Shi-He Chi-Me U-lock only really has one person on the whole internet that is talking about it, and it is even a rare find in China. That will be the saving grace. Uniqueness and rarity are what will keep your home truly safe from lockpickers. This does not mean that your home is necessarily impervious to break-ins or that your locks are safe from attackers.

All that having a lock that cannot be picked gives you is the knowledge that the way to pick your lock is not readily available. The lock can still be forced open with destructive entry, or simply picked sometime in the future. Your locks are one of the many ways to deter crime, but homes still have windows and doors. A focus on control will only remind you the things you have no power in stopping. That being said, it is better to be prepared than it is to rely on the goodwill of others. Do what you can to secure your property, but do so with the knowledge that security changes with the advancement of knowledge.