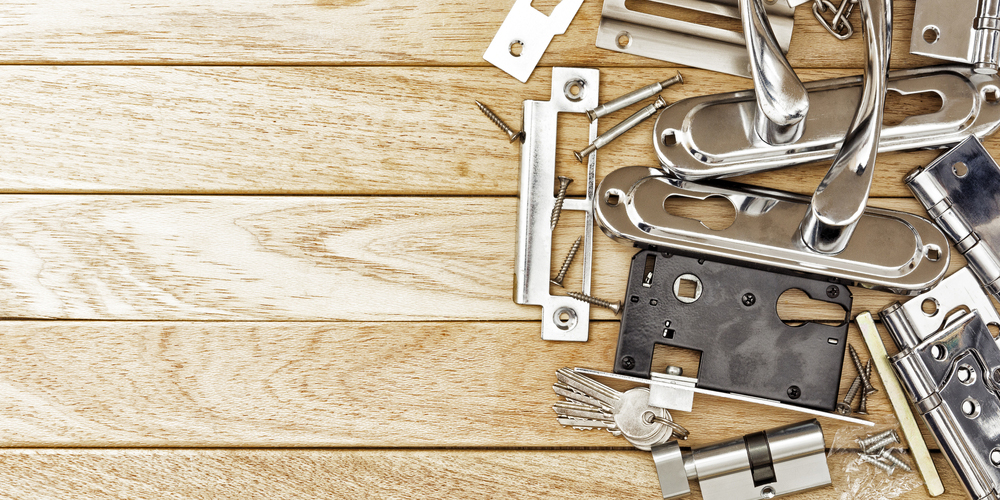 Cylindrical lever locks are very widely used as commercial door locks. There is a possibility that you came into contact with one of these locks today without even knowing what it was. Lever locks are not exclusive to commercial buildings, but they are not usually installed on residential properties. However, this can always be done at the direct request of a homeowner or property manager. These locks are manufactured to cater to increased usage. This simply means that commercial doors are more prone to high volume traffic than most residential doors. 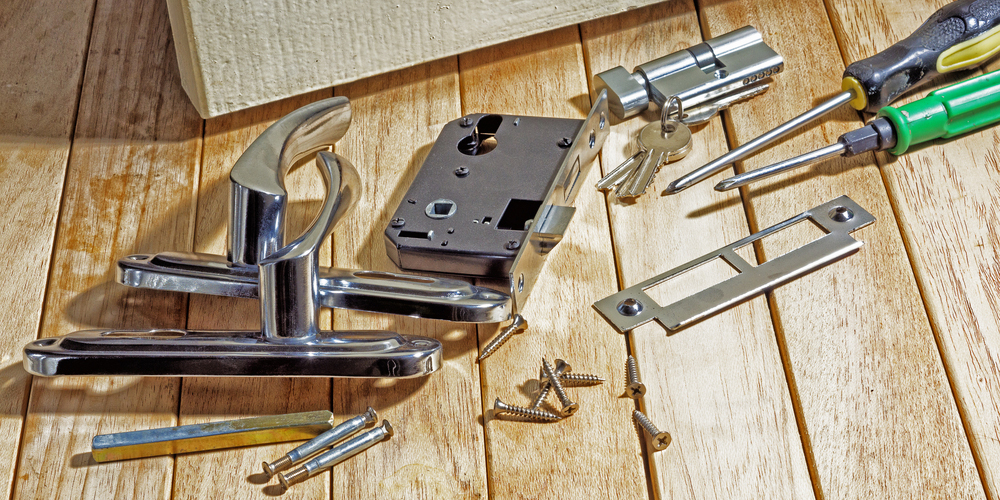 Similar to the cylindrical lever locks discussed above, mortise locks are a very popular commercial door lock types due to their strength and reliability. Mortise locks have been in use for years and this only lends to their popularity. Aside from their general strength, mortise locks are best used in commercial settings because they stand up well to constant and consistent use. These locks are ideal for locations that have high volumes of foot traffic where the lock will be prone to a lot of use.

As far as commercial door locks go, mortise locks are very impressive, and their internal workings are even more so. A mortise lock consists of several key elements that work in conjunction with one another to provide users with very secure commercial door locks. The main features of these locks include the lock body, through spindle, lock cylinder, strike plate, and the handle of the lock. In addition to these main, and staple, features, there are some additional features that can be used in a mortise lock. These include the escutcheon plates (or rose plates), hard collars, face plates, and the day/night switch.

As I mentioned up above, the mortise lockset is much more durable, and this makes it better suited for the pressures of commercial use. The size of the bolts within a mortise lock have a huge role to play in how durable it is. The deadbolt of these locks is housed within the lock body, and this makes it less accessible and more resistant to forced entry. Furthermore, mortise locks have higher cycle counts, which is mostly because of how strong their internal components are, and this means that the lock will be in use for much longer. 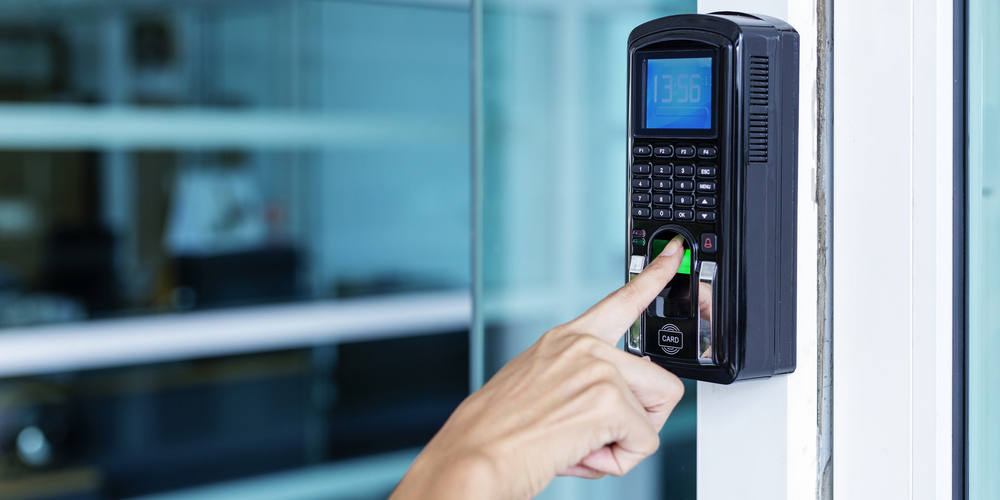 Keypad door locks can be used for homes and apartment buildings, but a majority of these locks are used commercially because they have a unique set of features. These features make this lock a much better option for commercial buildings, which need to cater to a great number of employees without sacrificing any aspect of their security. In most cases, when you are discussing commercial door locks, you will have to factor in various things to determine which type of door lock works best. It is usually the locks that work best that end up being the most common commercial door lock types.

Keypad door locks allow multiple users to gain access to the lock, without necessarily having to give everyone a key. This increases the key control that any particular commercial building might have, and reduces the chance of anyone gaining unauthorized access. In a sense, keypad door locks have the potential to improve upon some of the features that master key systems explore. Also, these locks can be used to institute security hierarchies and help businesses manage access control. There are some keypad door locks that are completely keyless, which means that the lock cannot be picked, bumped or bypassed by traditional methods (unless you count kicking the door down). Many of these keyless keypad door locks incorporate the use biometric lock features. However, for those keypad locks that do utilize key cylinders as backup options, their additional features still make it a favorite among businesses.

It is always important to make sure that you take your company into account before you select a keypad door lock as one of your commercial door locks. This is mostly done to ensure that you are not allowing your lock to limit you in any capacity. 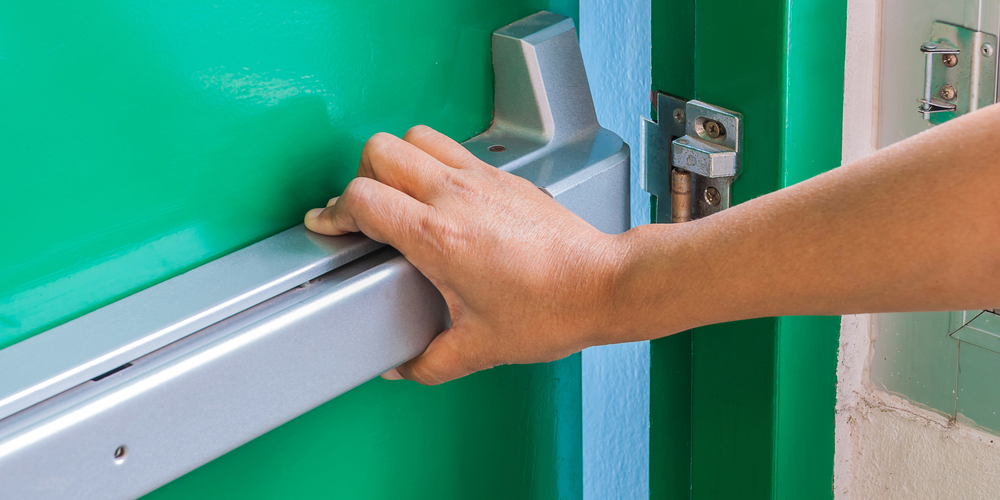 The term panic bar might sound rather foreign to you, but unless you’ve been living under a rock, you’ve come across one (you probably just didn’t know). Panic bars, or crash bars, are used in a wide array of commercial settings. These commercial door locks have been in use for quite some time, and their use was first popularized in the UK after it was shown that there was a need for them.

Essentially, panic bars are meant to increase the ease of access when exiting a door. In 1883, 183 people in the UK died during the Victoria Hall disaster. There was a stampede, which then escalated because the main exit points were bolted down and blocked. This meant that there was no easy way for people to make their way out. It was this event that pushed Robert Alexander Briggs to create the first panic bar.

Panic bars function differently from the more traditional commercial door locks. This is because these locks are pretty much keyless, as they allow people to exit without having to engage any cylinder or rotary motion, and this makes access to the door much easier. There is no special skill that you will have to learn in order to operate a panic bar, and they do not require excess exertion. A panic bar is operated through the use of a connected handle/bar. Once this bar is pressed, the internal mechanics of the panic bar help retract the latch that is keeping the door closed. There is a pair of arms attached to base plates, which rest on each side of the panic bar. These arms help engage and activate the latch retractor, which then allows you to operate the door.

Panic Bars are used as commercial door locks in various capacities. Their placement within commercial buildings is usually done to aid in emergency situations. For instance, some panic bars are usually placed in locations that have specific fire requirements, and they are meant to help in times where heat, air and fire control might be deemed necessary. Also, panic bars can be used to aid evacuation efforts by making this a more streamlined and easy process. This is another reason why you might find them in some residential buildings and incorporated into various safety plans.

As far as commercial door lock types go, panic bars demand attention when it comes to maintenance. This is not because they are prone to breakdowns (they last rather long), but because improper maintenance and handling can lead to accidents and the loss of life. This ties into the emergency aspect that panic bars bring to the table.

Electric strike locks are somewhat similar to other commercial door lock types, except when it comes down to the core way in which they are operated. These kinds of locks replace the traditional strike plate with an energized/electric strike plate. This energized strike plate is a component within a circuit and is engaged whenever there is there is a break or connection within the circuit. For instance, if the proper keycode has been used the door will unlock.

The two main types of electric strike locks are fail-safe locks and the fail-secure locks. The main difference between these locks stems from the manner in which their circuitry operates the lock. In a fail-secure lock, closing the circuit and applying a current to the strike will allow for the door to be unlocked. However, in a fail-safe lock, the opposite happens. Which means that once the circuit is closed, and there is power being fed to the lock, it will remain closed.

In order to choose the right kind of electric strike lock for your commercial property, you need to take several different factors into account. Some of these factors include, but are not limited to, the layout of the building, the number of employees you have, and also the type of emergency plans that you might have in place. The last thing you want is to have your commercial door locks impeding any rescue or escape efforts.

Electric strike locks come in handy on commercial buildings that experience lots of daily foot traffic. These locks grant companies a simple way of restricting access, and they can be used to funnel all your foot traffic in through one secure location.

It is always important to make sure you pay close attention to the way your businesses operates so that you can choose a lock that adequately caters to your commercial needs. With such a wide array of commercial door lock types on the market, this list is a good starting point, and it will help you gain your footing when it comes to choosing a commercial door lock type. However, do not be fooled into thinking that the most common door lock will automatically be suitable for your needs. You should take the size of your office space into account, as well as the habits and traits of the people you employ and service.