How To Build The World’s Most Secure Lock 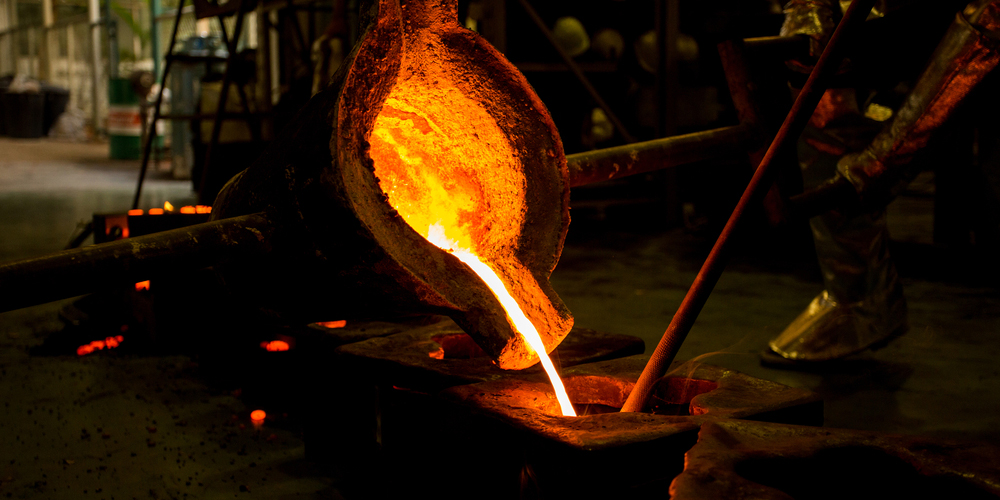 There may be no such thing as perfect security, but there is certainly room for improvement. However, in this post, we are going to go beyond improvement and dive deep into the realm of the hypothetical, while still trying to stay grounded in what is possible. What we will not compromise on is functionality and the existence of certain technologies. If a material or an idea is purely theoretical, then it cannot be used to build the world’s greatest lock. But with that being said, this is still more of a thought experiment. Building the actual lock will take many prototypes and hours of engineering. But at the end of the day, I think that it will look something like this…

The security of a lock depends greatly on what it is made out of, just as it matters how it is made. And for the world’s most secure lock, you need the world’s strongest material. But the substance also has to work with the purpose of forming a lock that can actively create a formidable level of security. Unfortunately, some of the strongest materials, such as graphene, and the even stronger carbyne, do not currently have alloy structures that will allow their atom-thin sheets to stack with the same strength the particles have.

So for materials, we are looking at metals such as tungsten carbide and wurtzite boron nitride inserts. With these materials, the physical makeup of the lock will be resistant to cutting and smash based attacks. Wurtzite boron nitride is significantly stronger than diamond. It is also more heat resistant and can reorient its bonds as far as ninety degrees to relieve the stress of from tension.

Due to the strength of boron nitride as well as its rarity, it should be used mainly as an assisting material rather than being used to construct the entire lock. The tungsten carbide will already provide the form of the lock so that the body can have the proper external and internal configuration. With a lock built out of these materials, anyone looking to get in will need tools that do not currently exist. Even angle grinders with diamond blades will struggle to break this type of construction. Even against the most prepared thieves, this lock will buy you some time.

With a lock constructed out of some of the hardest metals imaginable, you don’t want the locking mechanism to be your weak link. Of course, it is bound to be the part that thieves would most actively try to exploit as the lock itself is not likely to be forced open successfully. For that reason, we want to start by making the locking mechanism as hard as possible to access. But going the smart lock route and trying to make some sort of electronic lock is out of the question.

With electronic locks, you can get access to the data protocols and code and find a way into all of the locks. This could be done without ever having to first interact with the lock itself until going to unlock it without the proper authorization. With every lock using one authorization protocol, there is too much that is placed at risk by a single successful bypass. Because the focus is on security more than just whether it has a chance of being picked, digital is not the way to go. Every lock can be picked, but you can still provide incredible picking difficulty.

Instead, we should look to lock cores that are innovating already amazing lock designs. First, we will turn to some locks that cannot be picked. A personal favorite of mine the Shi-He Chi-Me U-lock incorporates both dead end pin chambers and a shielded keyway. Combining this idea with Bowley Lock and the old Chubb Detector lock (a lock that even Sherlock Holmes determined to be unpickable). Obscuring the pins for sight, making sure that tensioning is near impossible, having false pin chambers, and needing to be picked to a reset position as soon as a pin is overset past a certain distance.

Set it all off with a pin in pin lock core, and use key pins with angular cuts similar to that of Medeco lock, and the only people picking the lock will be those with a lot of free time and enough skills to not have to be a criminal. Sure the locksport community will eventually figure out a way of picking it, but this will be far less than practical in cases of theft. 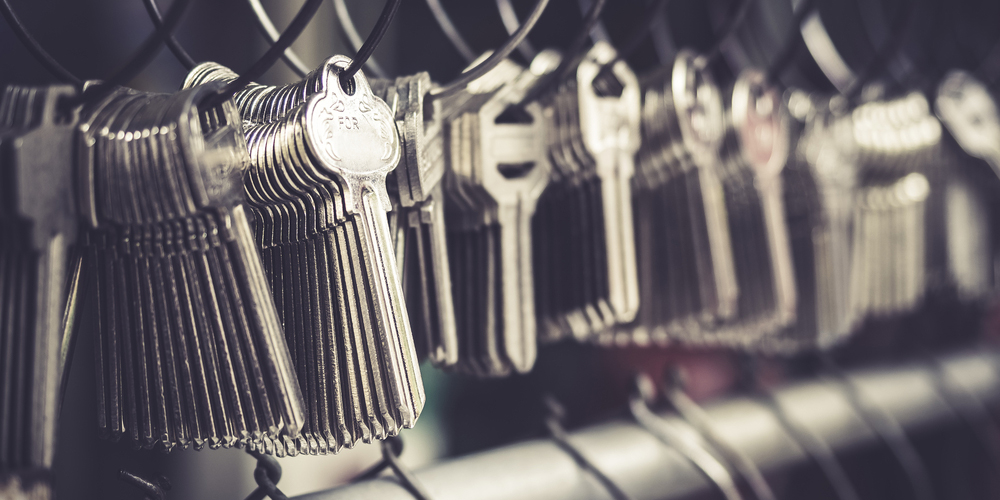 The key will be patented, of course. That requires anyone who has had unauthorized access to key a significant struggle if they are looking make a duplicate. They will need to manufacture their own key or purchase some type of patent breaker key, which will then need to be cut to extremely particular specifications. This level of protection is widely effective in preventing simple attempts at key duplication.

The lock will have to be made out of high tensile strength stainless steel, just so there are no issues with it breaking in your pocket. Other than the profile changes needed to get past the warding, the key will look extremely similar to a Bowley lock key. But it will be even longer so that room can be made for key grooves that only serve to interact with false pin stacks. With seven active pin stacks and extra three diversion stacks, the size will be closer to the key for a modern prison lock than a standard house key.

The material that the lock housing is made of has already been discussed, but there is still more that needs to be said about the lock body. Firstly it will not have any indication on the metal that it is a special type of lock. No company name, logo, or insignia stamped into the metal. Not only because making these types of etchings would be tremendously difficult given the strength of the material, but also so a criminal does not know what to make of it.

The lock itself will also look unremarkable. Just like any other exterior deadbolt hardware. And unlike the Bowley, the keyway will not be empty so that it can be easily recognized. It will have display warding, and an apparent cylinder, which is nothing more than a face plate. This warding will also serve to make picking harder, as there will be less entry space for lock picking tools.

The lock should be installed so the keyhole appears upside down (so that the blade looks as though it should be inserted with the grooves facing towards the floor). A row of pins will line the bottom of the keyway, which can be depressed into spring loaded chambers. This will complete the look of an ordinary lock. Though it is still breaking any tools that attempt to force it open, and causing untold confusion for lock pickers or anyone with a bump key. 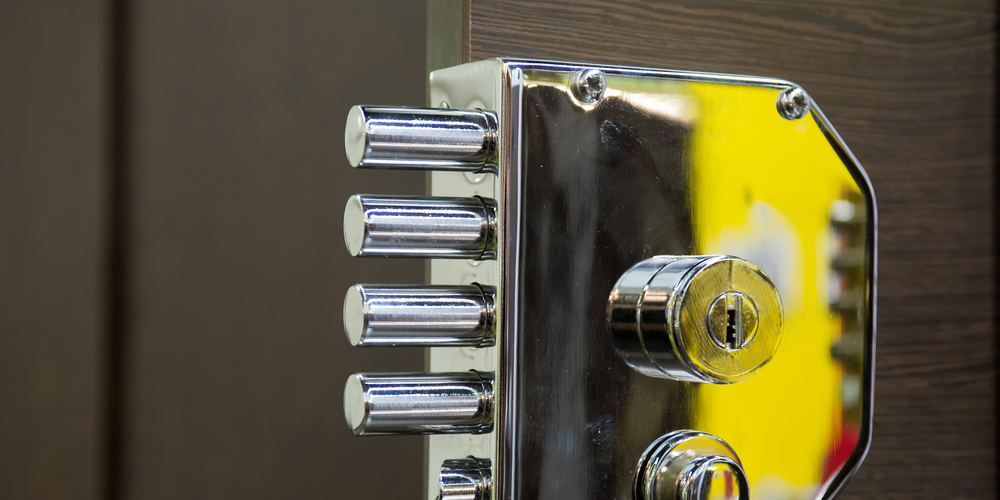 Long, Thick, and Many

The bolts that keep the door closed are sure to be the next area attacked. That means you need the bolts to be just as strong as the lock that is actuating them. The same metal content will be used for the bolts. Each 1.205 inch (30.61 mm) bolt will extend a full eight inches into the door frame. Three sets of four extending bolts along the length of all sides of the door.

All bolts will be retracted with the turn of one key, similar to the assemblies used on the most outrageous security in existence. The weight of tungsten carbide will not add any additional heft required for turning the key as one of the doors used to secure millionaires. These multi-bolt extension locks already keep the thumb and key turn torque to about the same pressure required to open a standard deadbolt.

These locks could only be used in conjunction with specially made doors. This is a good thing. A lock like this needs a door that is just as tough, if not tougher. It would need the proper cuts to fit the lock and bolt hardware. The doorframe would also need to be altered from the standard set-up. And with the most secure lock in the world, you would probably want to make sure the room it is securing does not have any windows.

Other than the need for professional lock installation, the lock would work the way that most homeowners are used to. The biggest deviation in daily usage will be the key operation. It will be inserted, turned in the keyway, pressed deeper in, then rotated again. But locking and unlocking the door from the inside will be as simple as the process on any other lock.

First off, the lock violates several existing patents. But I consider that more of a waiting game. Eventually, the patents will expire, and the inevitable upgrades will add unnecessary features. Those supposed “upgrades” can be ignored, and then the lock can be made without the threat of legal ramifications.

Maintenance would be a must for a lock such as this. Maintaining the security would mainly have to do with the foundation of your home. As a house shifts, the many strike points for the lock bolts could become misaligned. If your home is constantly shifting, or you have this encountered problem already with existing locks or doors, then the practicality will be harmed.

Finally, the price is by far the most impractical aspect about this lock. The metal alone runs up the cost to be out of the reach of the general public. With the additional complexity of the lock’s internals and adding the variety to the false pin chambers, the uniqueness of each lock demands quite a bit of individual attention for each unit.

Even considering the lock against other high-security products, the device would not scale to reflect the price it demands. But that is not exactly fair to consider as this lock is for all intents and purposes, priceless (with it not existing and everything).

The only lock you cannot open is the one you can never find. And for that reason, what really makes this lock secure is that it does not exist. By virtue of this lock being made, it will become less secure. The more units that are made (as if this lock will ever be made), the more it will be endanger of being compromised. This thought experiment is mainly so you can see just how crazy security would need to be in order for it to be anywhere near “perfect”. And even with these extreme hypotheticals, I am sure that someone in the comments will come up with something even better. I look forward to your thoughts on designing the world’s most secure lock. Be sure to share your vision in the comments below.