What Is A Slim Jim Tool And Do They Work?

by Taylor ￮ August 1, 2022
'What Is A Slim Jim Tool And Do They Work?' via United Locksmith
https://unitedlocksmith.net/blog/what-is-a-slim-jim-tool-and-do-they-work
UnitedLocksmith,Locksmith,Automotive 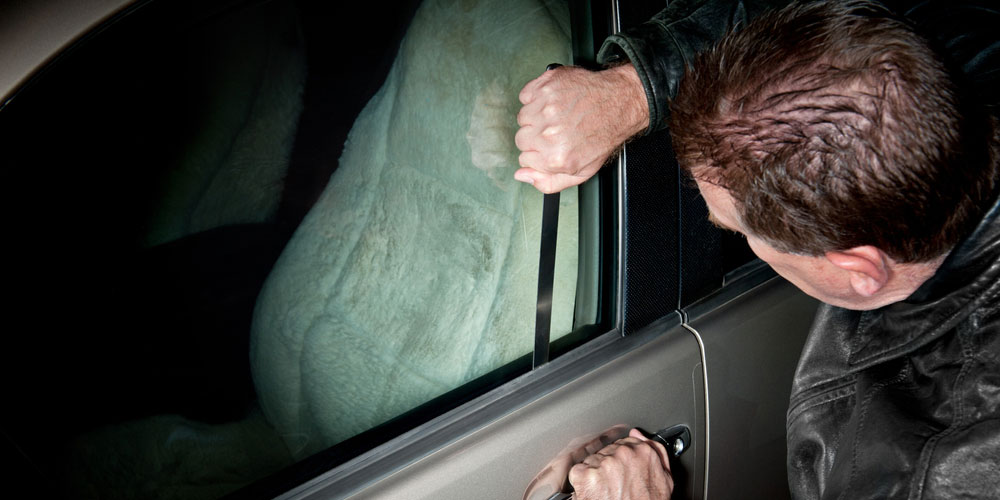 The bad guy walks up to the car, jams a slim jim into the window, and rapidly fidgets it around, glancing over his shoulder a few times to make sure the good guys are not on his trail. Just as they’re about to catch him, click. The car unlocks. He gets inside. Quickly hotwires it. And speeds away to be foiled another day.

But does real life work like that? Can you use a slim jim to get into a car that quickly and speed away?

Of course, it’s not that easy to hotwire a car like that either, but let’s focus purely on slim jims. Do slim jims work like they do in the movies?

The answer is yes… If you know what you’re doing. The truth is slim jims require skill, and you have a very legitimate (and even likely) risk of destroying your car if you try to use one.

Here’s an overview of how these tools work:

What is a slim jim for cars?

Unlike the salty jerky snack, car slim jims let you snap into a locked car door. Even if you didn’t know the name, you’ve probably seen one on a TV show or movie before. So what is a slim jim tool?

Slim jims are long, thin metal tools with hooks on the end of them used by auto locksmiths and carjackers, two groups that quite often use the same toolset. Someone inserts the slim jim between the car window and weather stripping, wiggles it around, and unlocks the car door.

Slim jims don’t generally work on newer car models anymore. Most resist them. All they do these days is destroy the inner parts of a car. They still work on older models but require a lot of skill and experience to use correctly. They aren’t that common among car thefts these days, so you don’t need to worry too much about them.

How does a slim jim tool work?

The upright locks on cars work because, when they get pulled up, a wire that connects to the primary lock on the door is yanked, unlocking the car door.

So what is a slim jim tool doing to that mechanism? It reaches into the inner workings of a door and pulls on this wire. Now you don’t need a hand to physically unlock the upright lock from the inside of the car. This process allows someone outside to enter.

As you can probably guess, all you need to get around a slim jim is a bit of shielding protecting the tool from reaching this wire, which is what most cars these days have. What is a slim jim tool supposed to do against that? Nowadays, they generally only work on outdated car models. Auto locksmiths usually carry them but are rarely able to use them.

Basically no. If you can find a newer car model that doesn’t use a power lock, shielding, or a shrouded cylinder, then a slim jim will still work. But they usually don’t manufacture cars without those features anymore. Older cars can still be slim-jimmed, but newer ones resist them.

So what is a slim jim tool anymore? All they’ll do is destroy vital things inside the door and possibly prevent it from ever being unlocked again without getting parts repaired and replaced. Slim jims have largely been made irrelevant as car lockpicking tools, and most locksmiths rarely use them.

So how does entering a thin tool into a car window unlock the car in the first place? What is a slim jim tool physically doing?

Well, the way slim jims work is surprisingly simple. An experienced user can probably unlock a car in a short amount of time.

To use a slim jim, you need to find where the lock is and position it above. Put a wedge between the weather stripping and the window so the slim jim will fit easier. Professional car wedges can do this, but anything wedge-shaped will work as long as it doesn’t exert so much force that the window breaks.

A skilled person can use a slim jim quickly if you know exactly where to aim when putting it inside the car. And where to place it can change based on the make, model, and year of the car. It takes skill, but it is a pretty simple process.

But why do slim jims work?

Something you might be wondering is what is inside the car that causes this easy bypass to work? What’s on the inside of car doors? What is a slim jim tool interacting with?

The upright locks on your car have a wire that connects them to the locking mechanism inside your car door. When you pull on one, it yanks this wire and causes the door to unlock. And what is a slim jim tool doing to this wire? It’s using its small hook to grab it.

This wire reaches pretty deep down into your car door as it makes its way to the locking mechanism, so if you can hook your slim jim onto this wire, you can pull it up in the same way you’d pull an upright lock with your fingers.

How A Slim Jim Destroys Your Car

From the looks of it, using a slim jim is as simple as in the movies. But cars can’t be that easy to break into. What is a slim jim tool not doing on every thief’s person? There has to be a catch, right?

Well, quite literally, there is a catch.

That is to say, if you have a power-locking car, the slim jim will probably catch on a bunch of wires instead of hitting the car locking mechanism. If you break these wires, the door won’t be able to unlock at all, and you’ll have to get the door replaced if it’s your car you’re breaking into.

On top of that, most cars these days have shielding against slim jims. When trying to slim jim a car lock, the device will probably just hit a solid shield and not be able to get past. Slim jim devices have been around for a long time, after all, and car manufacturers have long since caught on. All it takes is a little bit of blockage to stop these slim jims from hitting their targets.

But that’s not all. Even if you’re working with the perfect car model with no wires, shrouding, shields, or anything in the way, there’s still a pretty good chance you’ll destroy your car. What is a slim jim tool but a mode of destructive entry?

You can easily scratch up your window trying to force the slim jim inside. You can also actually break the glass trying to wedge it open. And there’s a chance that you won’t be anywhere near the right area, and you’ll destroy a delicate locking mechanism inside the door. There’s complicated stuff going on inside there, after all, and you’re jamming metal into it.

One common misconception to get out of the way is the airbag myth. Incorrectly using a slim jim will not deploy a side airbag. Airbags only deploy with blunt force, and the airbag is not in a position that will cause the slim jim to rocket up and injure the user. The only thing you risk destroying is your car. Regardless, this is still a pretty significant risk.

If you get it caught on the lock too well and forcibly lift the slim jim, you may destroy the mechanism. Remember that a slim jim is a hook, so it’s good at catching on things and moving them around, perhaps in ways you didn’t intend. What is a slim jim tool good for except messing with intricate mechanisms, after all?

Overall, an inexperienced person using a slim jim is a dangerous idea. You shouldn’t try.

Yes, your car being difficult to break into is a good thing, but what if you get locked out of your vehicle? What are you supposed to do? And what is a slim jim tool supposed to do for you?

You probably had some fantasy about whipping out a slim jim and breaking into that thing like it was no big deal and wanted to know how realistic that was. Unfortunately, it’s not really a thing you can do. So what other options are there?

There are ways to learn how to use a slim jim properly. The best way is trial and error. Locksmith training or apprenticeship can teach these skills. Outside of that, a careful study of a specific car door’s inner workings can help increase your chances of using a slim jim correctly.

Of course, this is still very difficult and risky, and in all likelihood, your car is immune to slim jims. These tools are just generally unwieldy and not very useful. What is a slim jim tool against all its weaknesses, after all?

If you get locked out of your car, the best option is to call a locksmith. Breaking into a car is, as you can imagine, incredibly difficult. They’re expensive products that line every street, and most people own one. You’re going to want to make cars as difficult to steal as possible, and the car industry is keeping up with thieves at every turn.

Breaking into a car is trickier than breaking into a house. Don’t try, as you greatly risk damaging your vehicle. What is a slim jim tool doing around someone inexperienced, anyway?

Slim jims are fun little tools in crime movies, but they’re not that practical in real life. Your best bet is to call a locksmith instead of trying to slim jim your car open by yourself.

Slim jims aren’t what the movies pretend they are. You can’t just jam them into any old car and then have access to everything inside. The truth is, cars are, of course, built to be impossible to break into. If you get stuck in a car lockout situation, these are, in all likelihood, not going to save you. What is a slim jim tool going to do, help you get locked out more permanently?

Locksmiths and thieves alike have needed to find new ways into cars for a long time. These other methods are also very tricky and risk destroying the vehicle. Generally, only skilled locksmiths can get into them without having the original key.

What is a slim jim tool going to help with? Using a slim jim is tricky, and all kinds of things can go wrong. Your car is full of delicate machinery, including the inner door. And a slim jim is a sturdy hook that can damage and destroy any of that in no time.

Slim jims only work in the hands of seasoned professionals and old, insecure cars. These tools make a flashy chase scene, but they’re not practical in real life. What is a slim jim tool against the passage of time?

A limited slim jim isn’t a very fun prop in an action movie, so it’s great that those don’t have to be realistic. You can enjoy your high-tension carjacking scene while knowing that this quick-paced action is impossible to replicate in real life.