Are Patented Keys And Locks Right For You?

by Ralph ￮ October 20, 2021
'Are Patented Keys And Locks Right For You?' via United Locksmith
https://unitedlocksmith.net/blog/are-patented-keys-and-locks-right-for-you
UnitedLocksmith,Locksmith,BuyingGuides 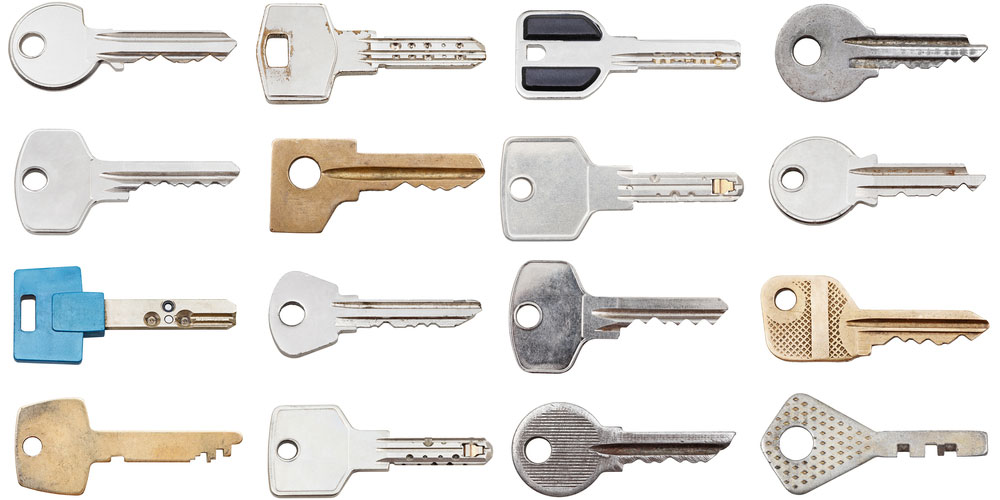 Patented locks can provide all manner of security benefits. Whether it is through using patented keys to prevent illegal duplication or from the internal components being more resistant to lock picks, these devices are certainly more secure than your average door lock.

But does the security they offer address your most pressing vulnerabilities? Do patented locks hurt you more than help you? The answers to these questions will vary based on your specific circumstances, but the facts about patented keys and patented locks will remain the same.

The infomationation on patented locks and keys we will go over includes:

What is a patented lock or patented key?

Patented keys and patented locks exist under active utility patents, which limit distribution and manufacturing. The availability of key blanks is restricted, so unauthorized copies are not a primary concern. Only companies partnered with the manufacturer can make patented keys.

Which keys cannot be copied?

Every key can be copied. However, it is far more difficult to make unauthorized copies of patented keys. If you can find the key blank at a hardware store or buy one online, all you need is a key cutter. However, some patented keys also require patented key cutting machines.

Who can cut patented keys?

As long as the utility patent is in effect, patented keys can only be cut by the manufacturer or businesses they have partnered with. For the most part, the only option for keys made near you will be locksmiths who have been vetted by the patent holder. In some cases, you may be able to request new keys from the manufacturer directly.

Where can I buy patented locks?

Local locksmiths and online retailers in the security industry will sell patented locks. When hiring a locksmith, you will also receive proper lock installation. Patented locks are rarely sold in hardware stores due to higher cost, weight, and inability to make patented keys for said locks.

Are all patented locks high-security?

Though all patented locks are high-security, not all high-security door locks use patented keys. Patented keys are one of many high-security lock features, though this feature is not evergreen. Once the utility patents run out, key blanks become available to the public.

Is a do not duplicate stamp as effective as patented keys?

There is no way to reliably enforce a “DO NOT DUPLICATE” warning in the United States. If you are not using patented keys, the key can be copied nearly anywhere. This type of messaging engraved in a key only provides the illusion of security by suggesting the desire for key control.

The most popular patented locks are the Mul-T-Lock MT5+, Abloy Protec 2, and Medeco M3. Each cylinder type has unique patented keys. You will also notice that none of these locks are on the first generation: denoted by a plus sign, two, and three, respectively.

Note that some door lock brands have patented locks in the sense that certain aspects of the device are novel, but not all patented locks make use of patented keys. For example, the Kwikset SmartKey cylinder uses a standard Kwikset key, available everywhere.

Many patented locks pop up as an attempt to start brand new lock companies. These independent patented locks include the Bowley Lock and BiLock. At the time of writing, neither is owned by the security conglomerate Assa Abloy.

Patented keys provide better physical access control by preventing keys from being easily copied. And while limiting your risk of unauthorized key duplication, the patented locks also offer greater resistance to other forms of covert and surreptitious entry.

The unique mechanical complexity of the cylinder is what makes it possible to obtain a utility patent in the first place. As a result of the required complexity, these locks are more difficult to pick open and may prevent lock bumping.

In a renting arrangement or business setting, keys are given to trusted individuals. Each key in circulation creates the potential for more keys to be made without the building owner’s knowledge. Patented keys limit this risk from compounding.

If you are vulnerable to employee theft, patented locks assist in reliably restricting access. Restricted access and restricted key duplication make it easier to determine which individuals are undermining your trust in them by limiting the pool of potential suspects.

The increased physical security of patented locks creates more hassle if you are locked out of an office or have locked yourself out of your house. Most professional locksmiths do not attempt to pick open patented locks because customers need the doors opened fast.

Most lockouts with patented keys result in a lock change because the lock will need to be drilled or cut to open the door. But does this picking protection help prevent crimes? Do criminals actually pick locks? In most cases, criminals will not open a door by picking the lock.

Crime prevention strategies involving patented keys can be undercut. Because not all countries recognize the manufacturing protections patents provide, patent-breaker keys exist. These are not widely available but are accessible online to those who are invested in searching them out.

Patented keys are more expensive to replace. Servicing patented locks is also more expensive. If you eventually want several keyed alike door locks or to rekey locks, this will come at a higher price point as the complexity of the locks makes these processes more involved.

How To Purchase Patented Locks

Becoming a locksmith who is partnered with a manufacturer of patented locks comes with some amount of vetting. It is not proof beyond a reasonable doubt that you are dealing with a reputable locksmith, but it is an indication of quality.

Purchasing online may be cheaper for the lock hardware, but it does not come with professional installation. If you are using a high-security lock, it is a good idea to invest in a lock installation service from someone qualified to work with your device.

Locks can be purchased keyed alike or with different key codes, depending on your needs. Some patented locks do not have options to build in master key systems, so double-check this before you buy. You can also consult with the locksmith you are buying patented locks from.

Before purchase, also check your building regulations or property owner restrictions for patented locks. In the case of commercial door lock replacement and changing the locks on your apartment, these locks may be prohibited or require special permissions.

How to Purchase Patented Keys

Patented keys are controlled the same as patented locks, but with one potential distinction that is very important. When you are getting new patented keys directly from the manufacturer, they may only cut keys by code. This code is listed in the initial purchasing information.

Many life changes require lock changes, so you may have rekeyed your patented locks instead of replacing them. In these cases, you will need the new lock code. Hopefully, this information was provided to you, and you still have a record of it.

At this point, you may be asking, “where can I get a key made for a patented lock if I don’t know my code?” The manufacturers understand their limitations when it comes to making new patented keys, which is why they partner with locksmiths.

So are patented keys and locks right for you? If you need better key control and would benefit from locks with greater resistance to covert and surreptitious entry, then they are likely a good investment. For everyone else, patented keys may be an additional selling point but not the main draw.

If you are dead set on not purchasing patented locks after finding out more about them, be aware that the feature of patented keys is common for high-security locks. You can, however, get around patented keys by using older models where the patents have expired.